Trump has ‘obliterated’ his own case as he wreaks havoc on his fellow Americans: conservative columnist 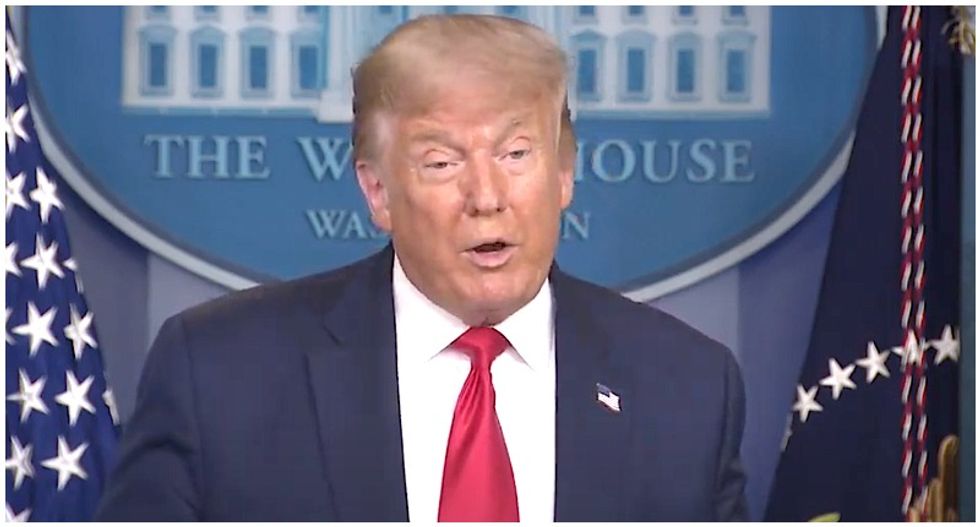 Writing in the Washington Post this Monday, columnist Jennifer Rubin says that President Trump has adopted the strategy of trying to show how chaotic, dysfunctional and dangerous things have become, in the hope that it will scare voters into reelecting him.

The U.S. Postal Service is the latest thing Trump is trying to sow fear around.

"In doing so, he sows fear in voters (especially his own) about casting ballots by mail. But recent mail slowdowns caused by policies enacted by the new USPS head — a major Trump donor — can mean disrupted delivery of medicine to veterans and millions who receive prescriptions by mail, unemployment checks to laid-off workers and Social Security checks to retirees," Rubin writes.

"The presidential sabotaging of the USPS — the one federal agency that touches the lives of virtually every American — fits Trump’s unique ability to wreak havoc on his fellow Americans. The pandemic that exploded and the economy that collapsed on his watch, and a revolt against racial injustice unlike any since the 1960s, provide the rationale for kicking out the incumbent president," she continues. "Many schools are closed, and civic life has ground to a halt. Through incompetence or deliberate destructiveness, Trump has obliterated the case for giving him four more years. What will be left of America after four more years of Trump-induced devastation?"

According to Rubin, when one holds the reins of government, they hold the responsibility for its destruction. Trump's responsibility is obvious and voters should keep that in mind come November.