Trump has until the close of business Friday to prove ‘vote-by-mail fraud’ in Pennsylvania: Federal judge 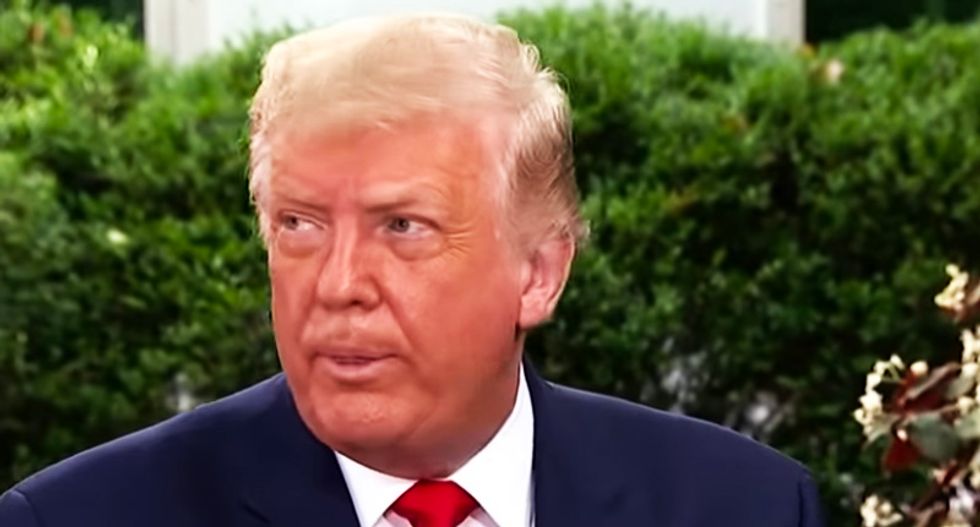 CNN's Jim Sciutto reported Thursday that President Donald Trump, his campaign and the Republican Party was given 24 hours to prove that there is vote-by-mail fraud in Pennsylvania.

"The Court finds that instances of voter fraud are relevant to the claims and defenses in this case," Federal District Judge J. Nicholas Ranjan said in an opinion. He told Republicans they would have to provide evidence of the fraud to the Democratic Party and the Sierra Club, groups part of the lawsuit.

Democrats asked for information and documents that show the moves Republicans made to study fraud as it pertains to ballot drop-boxes and collections along with mail-in-ballots during the primary election, but the Trump campaign and the GOP refused. Now the court is forcing them to do it or acknowledge they have no evidence.

Pennsylvania Democrats claimed in a letter to the court that the lawsuit is an effort to perpetuate myths about voter fraud for mail-in-ballots in a state that has become a battleground for November. Former Vice President Joe Biden, who has long been known as the "informal third Senator" of the state. He's currently leading Trump by four points in Pennsylvania polls.

The Trump campaign "should not be permitted to raise such spectacular fraud related claims, particular in this national climate," lawyers for the Democrats said in the letter.

Read the full report by CNN.com.