Trump is doing nothing to prevent the 'election disaster' he is warning about: columnist 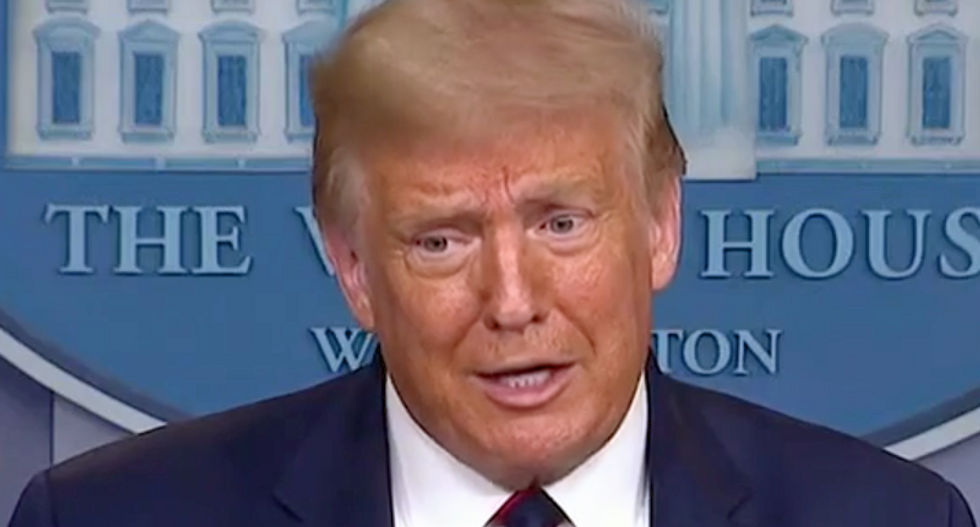 On Monday, writing for MSNBC, Steve Benen pointed out that for all of President Donald Trump's warnings that mail-in voting will lead to an "election disaster," he is doing nothing to help states administer their elections more effectively.

In an interview on Friday, Benen noted, Trump said, "'This will be catastrophic for our nation. You'll see it. I'm always right about things like this.' At the White House gathering, which lasted less than an hour, Trump described election-related developments as a looming 'disaster' six times. According to the transcript, a reporter soon after asked, 'If the system is a disaster, as you say, why not commit to putting in resources to fix it?' Trump largely dodged the question, instead saying, 'They’re not prepared for an onslaught of millions of ballots pouring in. They’re not prepared. They’re not prepared.'"

This evasiveness, Benen said, extends to other White House officials.

"About an hour earlier, NBC News' Peter Alexander asked White House Press Secretary Kayleigh McEnany, '[I]f the president is so worried about how long it'll take to count ballots in the election, then why isn't the president and this White House doing everything it can to secure more funding for staffing and other resources to make sure that we can have a safe and proper election?'" said Benen. "McEnany didn't answer directly, either."

Trump has particularly harped on the election administration issues in New York, which saw problems with ballot counting and verification as voters used mail-in ballots on a scale that had never been seen before in the state. The administration has not offered any resources to help New York fix these problems, however.