Trump is trying to stay in power so he can stay out of jail: Congresswoman Karen Bass 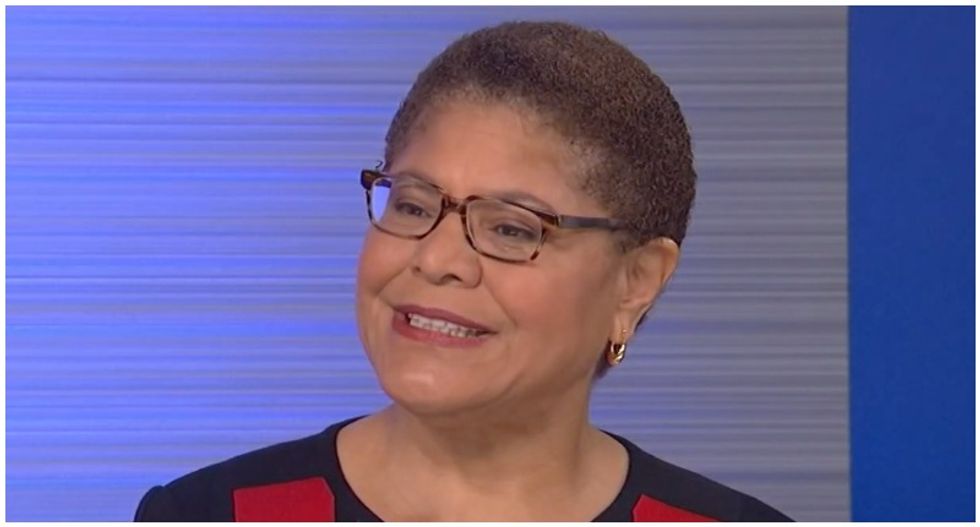 During an appearance on CNN this Tuesday, Rep. Karen Bass (D-CA) told host Anderson Cooper that President Trump started disseminating misinformation about election fraud "the moment it became clear to him that he did not win the popular vote."

"And ever since then, he's been looking for mysterious voters, mysterious cheats -- and you know in the last election, a major case of voter fraud was with Republicans in North Carolina."

Bass says the thing she has a problem with most about Trump's rhetoric are his attempts to "sow the seeds of dissension that if and when he loses, that it means the election is rigged."

According to Bass, Trump is running for reelection because he's trying to "run out the statute of limitations on so many of the laws that he broke."