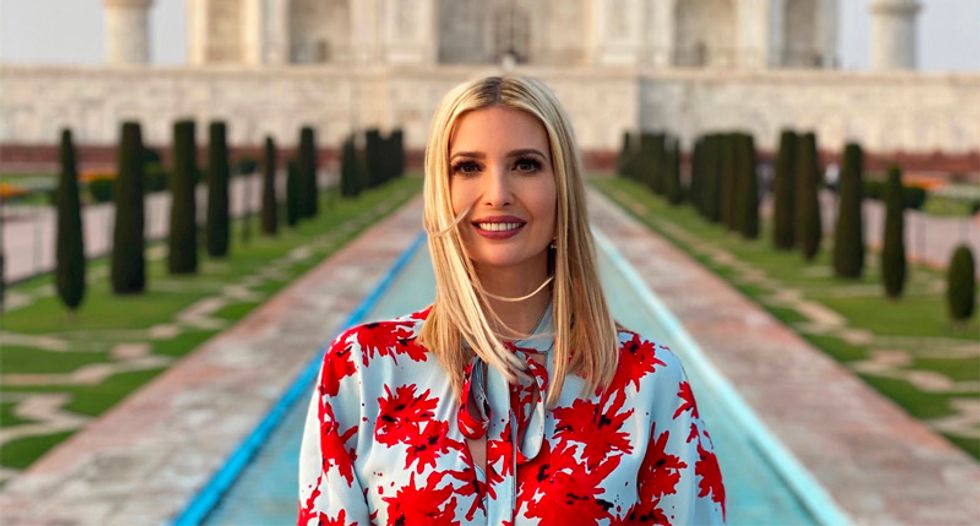 Trump is actually at a net loss for jobs, to the tune of 8 million Americans. The coronavirus pandemic combined with an economic recession that began in February has made the Trump economy a slog.

The economy had been growing slowly, but it shrank at a rate of 5 percent in the first quarter of 2020 and the second quarter was worse. Trump's White House has said that the third quarter will be overwhelming, unbelievable, and amazing growth like has never been seen.

Ivanka Trump was criticized early on in the administration for her use of Chinese sweatshop labor for the clothing under her brand label. Worse, workers reported that they were abused.

"Li Qiang, founder of China Labor Watch, describes Huajian’s Ganzhou factory as among the worst he has seen in nearly two decades investigating labor abuses. His group says pay can be as low as a dollar an hour, in violation of China’s labor laws. According to China Labor Watch investigators, until recently, workers might get only two days off — or less — per month," reported the Associated Press in 2017.