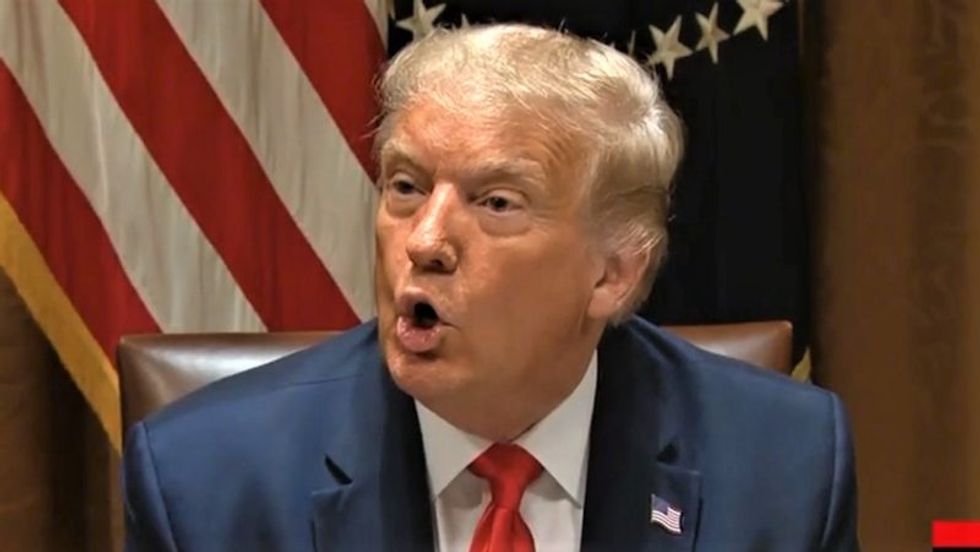 President Donald Trump on Monday snapped at CNN's Jim Acosta when he reminded the president that the novel coronavirus so far has killed 155,000 Americans.

During a question-and-answer session with reporters, the president boasted that the United States had done an "amazing" job at handling the COVID-19 pandemic, at which point Acosta interrupted him and tried to ask him about the 155,000 people who have died from the disease in just five months.

"So many countries around the world..."

"Fake news CNN," he said. "Hold it. We have done a great job in this country. We haven't been given enough -- not me, Vice President Pence, the task force -- have not been given the kind of credit."

The president then claimed that multiple other countries were "exploding" with new COVID infections, and he listed Germany, Italy, Spain, and France as examples.

However, according to data from the Financial Times, these "explosions" in cases are nothing compared with what's going on in the United States.