A spokesperson for Donald Trump was caught using a fake video to show former Vice President Joe Biden "sleeping" during an interview.

Rep. Steve Scalise (R-LA) was caught sharing a fake video that doctored comments from a disabled healthcare activist with ALS who has to use a machine to speak his thoughts for him. Now another Republican has been called out for creating fake videos. This time it was White House communications staffer Dan Scavino

CBS Sacramento news anchor John Dabkovich tweeted Scavino's tweet out, saying that he was the co-anchor in the studio and they were interviewing Harry Belafonte, not Joe Biden. Scavino appeared to have looped a video of Biden, added sound effects and also added a fake chyron to the bottom. Scavino is supposed to be a staffer paid on the taxpayer dime.

Thus far, Twitter has not removed the video as they did with the Scalise fake.

This is fake. You know how I know? I was the coanchor in studio. We were interviewing Harry Belafonte. https://t.co/gPRU9JGyI7
— John Dabkovich (@John Dabkovich) 1598879466.0

In the event that they do, here's a screen capture: 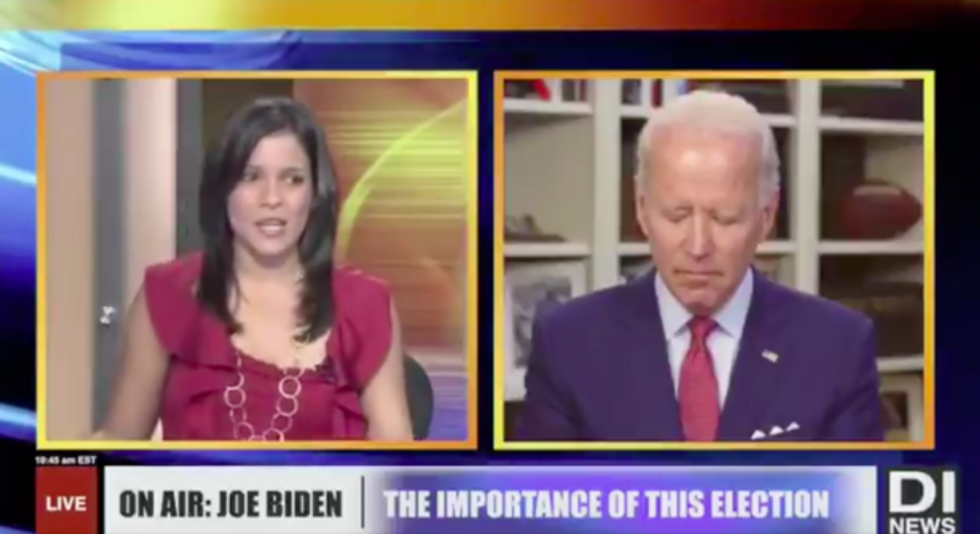