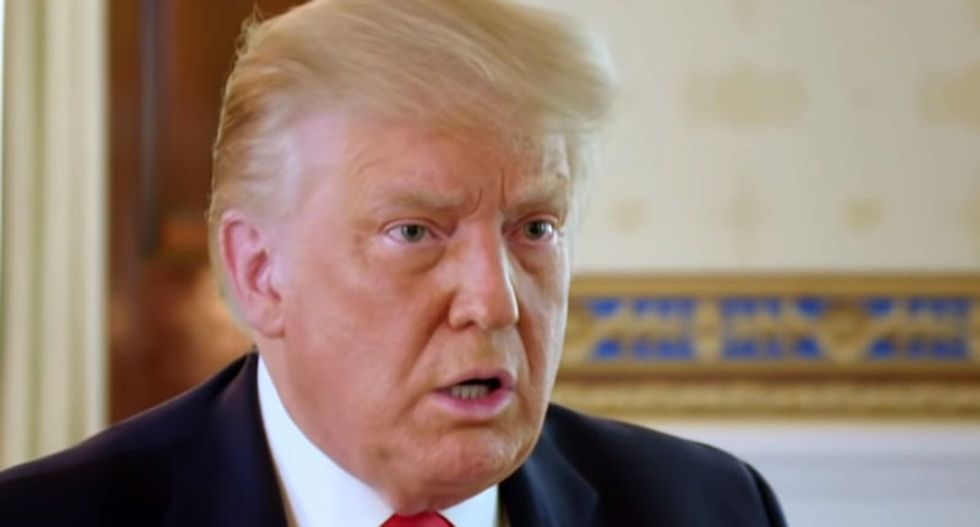 On Feb. 4, 1992, George Herbert Walker Bush was campaigning for reelection at the National Grocers Association convention in Orlando. There, the president “grabbed a quart of milk, a light bulb and a bag of candy and ran them over an electronic scanner,” wrote Times correspondent Andrew Rosenthal. “The look of wonder flickered across his face again as he saw the item and price registered on the cash register screen.”

“This is for checking out?” asked Mr. Bush. “I just took a tour through the exhibits here,” he told the grocers later. “Amazed by some of the technology.”

Rosenthal said this small moment was symbolic of something larger: The president, he wrote, “seems unable to escape a central problem: This career politician, who has lived the cloistered life of a top Washington bureaucrat for decades, is having trouble presenting himself to the electorate as a man in touch with middle-class life.” The Times’ frontpage headline—“Bush Encounters the Supermarket, Amazed”—was enough to set off a wave of news stories about Bush’s alleged remoteness from Americans worried about an economic recession that defined the election.

I’ll return to this. For now, I couldn’t helping thinking of this moment in campaign history after watching the current president’s Axios interview. In a long and winding exchange, Donald Trump claimed that the new coronavirus pandemic, which has now killed 160,000 Americans and infected almost 5 million—with no end in sight—is under control. “Under the circumstances right now, I think it’s under control.”

Jonathan Swan, stunned, asked: “How? One thousand Americans are dying a day.” To which the president said: “They are dying. That’s true. And it is what it is. But that doesn’t mean we aren’t doing everything we can. It’s under control as much as you can control it. This is a horrible plague that beset us.” To which Swan, giving Trump room to back away from it is what it is, asked: “You really think this is as much as we can control it? One thousand deaths a day?” To which Trump said—well, nothing really, except more of the same, by which I mean blaming other people for his problems.

It makes no sense whatsoever to say things are under control while at the same time blaming others for letting things get out of control. That’s not my point, though. My point is the president’s perfect absence of human emotion. One thousand deaths a day. That’s one Sept. 11, 2001, every third day. (Globally, someone dies every 15 seconds from Covid-19, according to Reuters.) In a previous America, a previous American president encountered a supermarket check-out and expressed a bit of amazement at some newfangled technology. We were told it captured something bigger. We were told he’s out of touch. In this life, this president feels nothing in the face of death and disease. He’s not astonished. He’s not shocked. And it is what it is. Has any president been as out of touch? The headline should be: “Trump Encounters Suffering, Unamazed.”

The thing about President’s Bush’s amazement in 1992 is there was a good reason for it. The Associated Press ran a story a week after Rosenthal’s appeared in the Times, explaining that the check-out technology was novel at the time. Bush wasn’t amazed by the sight of a supermarket scanner. He was amazed that the supermarket scanner could read bar-code labels that had been “ripped and jumbled,” a true advancement.

Maybe Andrew Rosenthal just got it wrong, but I suspect something else. The press corps often wants to tell a certain kind of story, a story that will get attention, and it searches for opportunities to tell it. In his case, Rosenthal probably wanted to tell a story about a cloistered incumbent grown distant from the little people, and “the look of wonder” that flickered across Bush’s face was all the prompting he needed.

The same goes for Trump. Even now, the press corps maintains the story of a rich populist with the common touch, because maintaining it mangles political stereotypes in ways wholly satisfying to professionals wholly bored by political stereotypes. That might not be so bad if it did not also undermine previous criteria for being out of touch. Trump has never cooked his own meals, washed his own clothes, paid his own bills, or ever raised his own kids. He sure as hell never went grocery shopping. Yet Bush was out of touch and Trump isn’t, even as this president stares blankly at mass death.

I think we’re seeing less storytelling and more truth-telling. CNN’s Jim Acosta reported this morning what “a source familiar with Trump’s Tuesday Oval Office meeting with his coronavirus task force said” about the president. Trump, the source said, “is still not demonstrating that he has a firm grasp of the severity of the pandemic in the US. ‘He still doesn’t get it,’ the source said. ‘He does not get it.’”

President Joe Biden had a busy first day in office. He halted construction on the border wall and re-established DACA protections. He rejoined the Paris Climate Accord and recommitted the United States to the World Health Organization. And, according to broadcast journalist Tom Newton Dunn, Biden removed Donald Trump's "Diet Coke button," which the former president used to request cold sodas on-demand.