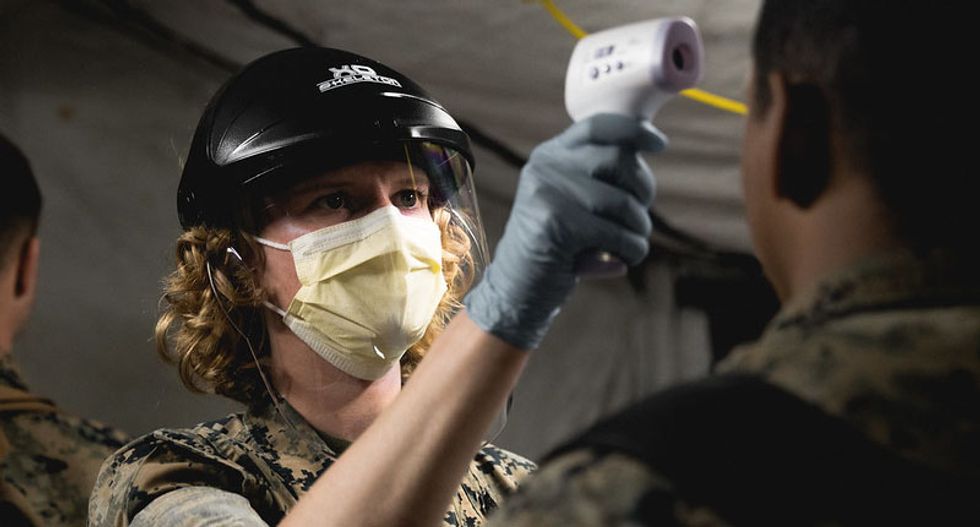 President Donald Trump is cutting COVID-19 funding to 47 state National Guards, refusing to fund everyone except Florida and Texas.

According to Politico, 36 lawmakers are demanding answers as to why the Pentagon and Department of Homeland Security will no longer fully cover the cost of National Guard deployments in 47 states and territories.

After complaints, a decision was made to cover 75 percent of the coronavirus deployments, which is the minimum allowed by law.

"For months, the federal government has covered all the costs for these crucial deployments, but now the Administration reverted to the statutory minimum, demanding that states contribute 25%," said a letter from lawmakers to Secretary of Defense Mark Esper and Homeland Security Secretary Chad Wolf.

"This is not consistent with the treatment of these costs during previous disasters and undermines the overall response to the virus," the letter added.

State leaders and the National Guard Association told Politico that they're unaware of another time in history that states have been forced to handle their own state military. The Trump White House, however, says it happens all the time.

“In order to help states respond to the pandemic, the Federal Government took the unprecedented step to fully fund National Guard deployments," a senior administration official claimed. "Now, as conditions warrant, it should be common sense that States will resume normal cost-sharing.”

The difference appears to be because FEMA is covering 100 percent of the National Guard deployments, but it is the first time in history FEMA has been responsible for that.

“Why, for god’s sake, are Florida and Texas set aside?” Rep. Cheri Bustos (D-IL) said. “It’s not like those are the only two states in the nation with hot spots. And if you call any governor in the nation, they’ll tell you they can’t, all of a sudden, take on 25 percent of the cost.”