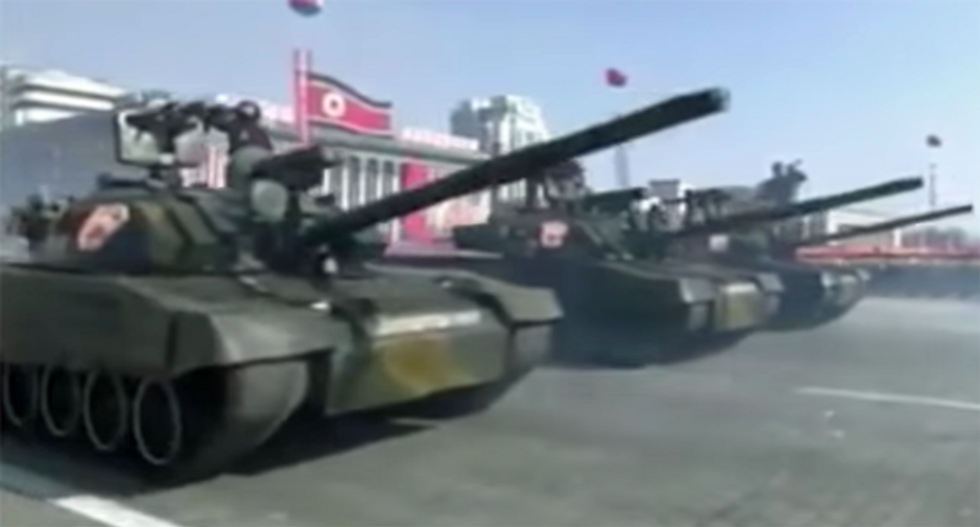 President Donald Trump wanted his inauguration to be a show of might, according to a new tell-all book.

Stephanie Winston Wolkoff’s book Melania and Me: The Rise and Fall of My Friendship with the First Lady explains the planning process she participated in with Ivanka Trump for the inauguration, according to a new report by Politico.

Winston Wokoff gave her analysis of the meeting.

“He really wanted goose-stepping troops and armored tanks? That would break tradition and terrify half the country," she noted.

There were also discussions of using drones for the event.

"For the inauguration, Mark Burnett, the creator of 'The Apprentice,' the television show which paved the way for Trump’s popularity, also wanted to 'light the sky with drones, and Donald and Melania loved the idea.' No drones ended up being used to spice up the inauguration — they could have posed a safety risk," Politico noted.

Here is video showing a 2018 military parade in North Korea: