Trump’s longtime friend and megadonor goes missing in action as the president struggles in the polls: report 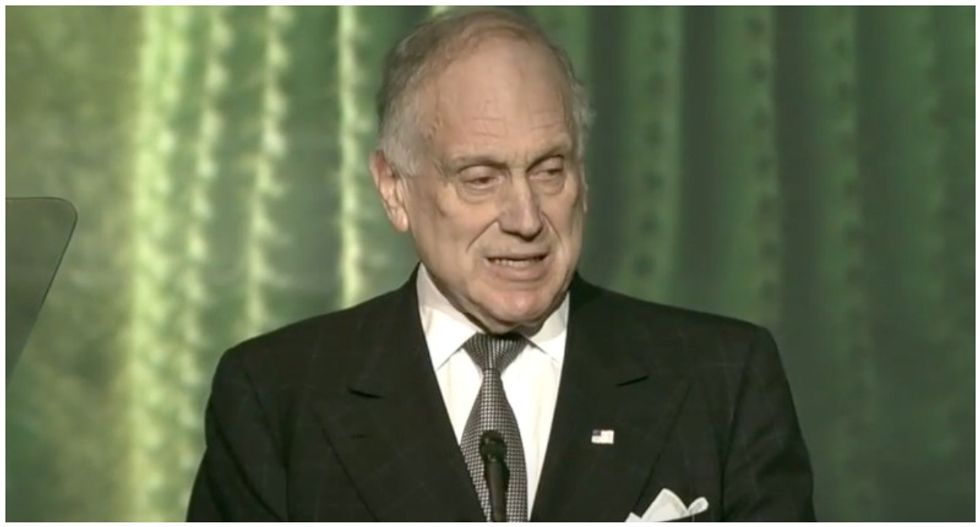 Billionaire Ronald Lauder has been a close friend of Donald Trump's for almost 50 years, but according to a report from CNBC, he's nowhere to be found despite the fact that he's donated to Trump in the past. Even as Trump's poll rankings drop, Lauder hasn't stepped forward to help.

Lauder gave $200,000 to the Trump Victory joint fundraising committee in the summer 2019, but hasn't given any money to any of Trump's reelection efforts since then.

"Fundraisers and friends of the president’s have yet to hear from Lauder on whether he plans to give larger contributions to Trump’s reelection, according to people familiar with the matter, who declined to be named as these conversations were deemed private," CNBC reports. "Eric Soufer, a spokesman for Lauder, told CNBC that the businessman is currently focused on assisting schools in Europe that have been impacted by the coronavirus pandemic."

Read the full report over at CNBC.

In 2015, as his first presidential campaign took shape, Trump was falsely hailed by some LGBTQ Republicans as being "pro-gay." In 2016, for a short while, Trump said transgender people should “use the bathroom they feel is appropriate,” although less than 24 hours later he reversed course. But that same year he merged two powerful culture war issues, LGBTQ rights and illegal immigration, into a combined wedge issue to attack his Democratic opponent.

Democratic strategists have been expressing their concerns about Arizona’s 2024 U.S. Senate race, fearing that if Sen. Kyrsten Sinema seeks reelection as an independent, a split between Sinema and liberal Democratic Rep. Ruben Gallego among voters could give the GOP nominee — whoever that turns out to be — an advantage. Gallego’s recent announcement that he is seeking the Democratic nomination in that race was well-received by his party’s liberals and progressives; Gallego’s Senate campaign said it raised more $1 million in a single day.

Meanwhile, on the Republican side, GOP insiders have their own worries about that Senate race. According to Politico reporters Holly Otterbein, Burgess Everett and Ally Mutnick, Republicans in Arizona fear that the Republican nominee in that race could be, if they run, either Kari Lake or Blake Masters — both of whom were among the hyper-MAGA Republicans who lost in the 2022 midterms.

Proud Boys plotted 'firing squads' ahead of Jan. 6 riot: 'War if they steal this'

Members of the Proud Boys militant group plotted on social media for months ahead of the Jan. 6 insurrection to take action against what they believed to be an election stolen from Donald Trump.

Prosecutors presented a trove of posts from the far-right platform Parler this week in the trial of five Proud Boys, including longtime national chairman Henry "Enrique" Tarrio, charged with sedition and other crimes in connection with the assault on the U.S. Capitol, reported USA Today.