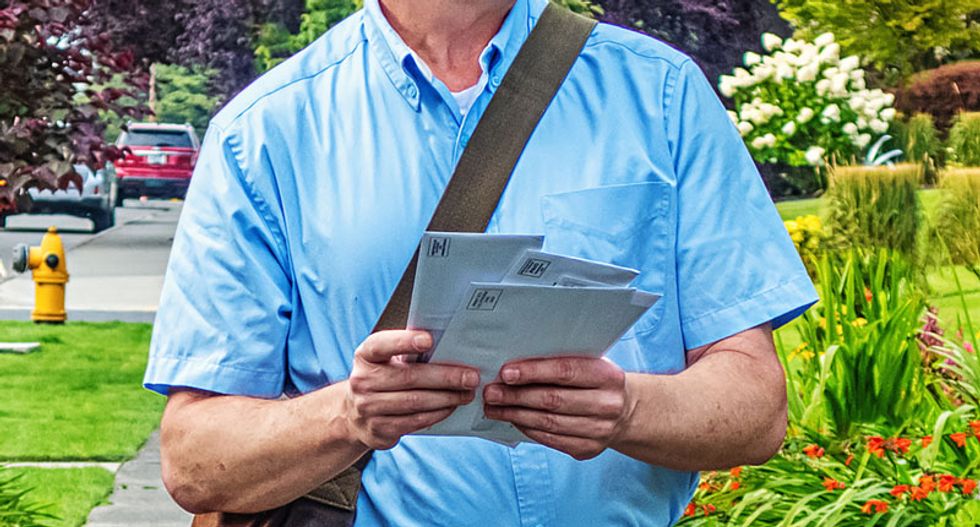 Trump-appointed postmaster general Louis DeJoy said on Tuesday that he is "suspending" recent policies that he has enacted that have slowed down mail delivery throughout the United States.

According to NBC News White House correspondent Geoff Bennett, DeJoy said that he did not want to give any appearance of impropriety by slowing down mail delivery weeks ahead of an election that is expected to see a record number of mail-in ballots.

"To avoid even the appearance of any impact on election mail, I am suspending these initiatives until after the election is concluded," DeJoy said.

According to the Wall Street Journal, DeJoy said he will stop "removing mail processing equipment and collection boxes" until after the election, while also saying that "overtime hours will continue to be approved as needed to process mail."

Under DeJoy's leadership, the United States Postal Service in recent weeks has removed mail-sorting machines and clamped down on overtime hours, which has led to widespread delays in mail delivery.

House Democrats reconvened from August recess this week to address alarming reports about mail delays occurring just before millions of Americans prepare to cast their ballots by mail in the 2020 election.

Trump compounded fears that he wanted to use the Post Office to suppress mail-in voting when he said recently that he didn't want to give the Post Office money that it needed to handle ballots in this fall's election.