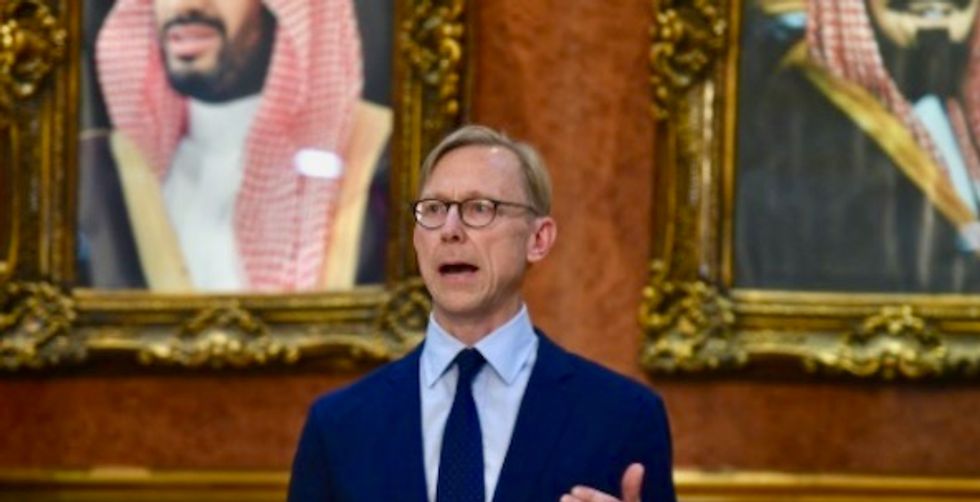 The US special representative on Iran, Brian Hook, is holding consultations on the drone downing with key ally Saudi Arabia, which has pushed for a tough approach against its regional arch-rival AFP

The envoy leading President Donald Trump's hardline push on Iran quit on Thursday, months before an election that could reorient US policy.

Brian Hook, a stalwart Republican considered one of the most powerful figures at the State Department, decided to return to the private sector, Secretary of State Mike Pompeo said.

Hook will be replaced by Elliott Abrams, another veteran Republican who was an intellectual architect of the 2003 invasion of Iraq and has been leading Trump's unsuccessful campaign to oust Venezuela's leftist president, Nicolas Maduro.

Abrams, known in the 1980s for his staunch defense of right-wing strongmen in Latin America, will handle both Iran and Venezuela, Pompeo said.

Hook has been in the forefront of Trump's campaign against Iran which has included pulling out of a nuclear accord and imposing sweeping unilateral sanctions.

The decision by Hook, a lawyer, to head to the private sector comes three months before US elections in which Trump is trailing Democrat Joe Biden in the polls.

Biden was a strong backer of the nuclear accord negotiated under former president Barack Obama and has promised to salvage a diplomatic solution.

Hook exits just as the Trump administration readies a key effort on Iran -- seeking to expand a UN arms embargo on the clerical regime.

Pompeo said that the United States will submit a UN Security Council resolution on the arms ban next week, despite opposition to the move from veto-wielding Russia and China.

If the effort fails, Pompeo and Hook have threatened to employ a disputed legal procedure aimed at forcing UN sanctions against Iran.