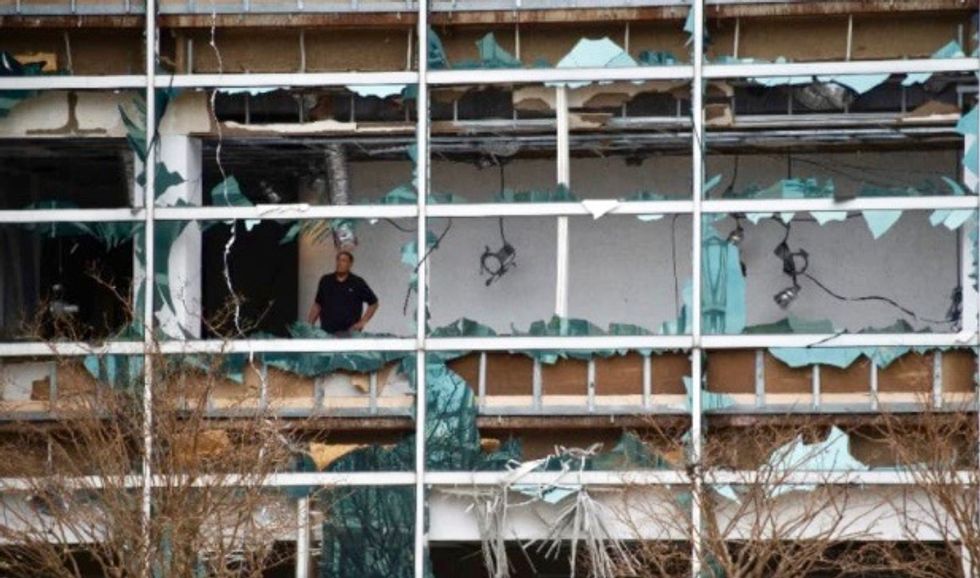 At least four people were killed by Hurricane Laura in Louisiana and search teams may find more victims but the governor said Thursday that the most powerful storm to make landfall in the US state in living memory did not cause the "catastrophic" damage that had been feared.

"We have a lot to be thankful for," Louisiana Governor John Bel Edwards said at a press conference.

"It is clear that we did not sustain and suffer the absolute catastrophic damage that we thought was likely based on the forecast we had last night," Edwards said.

"But we have sustained a tremendous amount of damage," he said, and thousands of residents of the southern state have had their "lives turned upside down."

Hurricane Laura struck the coast of Louisiana early Thursday as a Category 4 storm -- the second-highest on the wind scale. It has since been downgraded to a tropical storm.

Hurricane Katrina, which left 1,800 people dead in 2005, was a Category 3 storm when it made landfall. Only one storm has made landfall in Louisiana with wind speeds as high as Laura -- the Last Island hurricane of 1856, which left hundreds dead.

Edwards said the authorities have learned of four deaths, "all related to trees falling on residences."

"I'm concerned that as we continue to go out and do primary and secondary search and rescue we're going to find more fatalities," he said. "I hope not and pray not."

Edwards said there were about 600,000 power outages across the state and water services had also suffered some damage.

Edwards said residents living near a chemical plant near Lake Charles where there was a chlorine gas fire had been told to shelter in place.

'We thought we were safe'

The governor said storm surge "did not materialize to the degree that it had been forecasted" -- although it may have reached as high as 15 feet in some places.

The National Hurricane Center had warned of "unsurvivable" storm surge of up to 20 feet and evacuation orders had been issued for hundreds of thousands of Louisiana and Texas residents.

In Lake Charles, most of the windows of the Capitol One Bank Tower skyscraper were blown out by ferocious gusts that also uprooted trees, power pylons and road signs.

"We thought we were safe. We had generators, we had windows boarded up," Ashley Thompson told ABC News.

She said they ended up seeking shelter in a nearby empty house which was under construction.

President Donald Trump, who is scheduled to deliver his Republican presidential nomination acceptance speech later Thursday, said he had considered delaying the address.

"I was actually prepared to postpone the speech tonight and make it on Monday," Trump said, adding that he would visit the Gulf Coast "very shortly."

"It turned out we got a little bit lucky," Trump said. "It was very big. It was very powerful but it passed quickly."

Satellite images revealed the immense size of the hurricane as it made landfall as a Category 4 storm overnight near the town of Cameron, close to the border with Texas, packing sustained winds of 150 miles (240 kilometers) an hour.

Laura was expected to dump four to eight inches of rainfall, with some isolated areas of Louisiana receiving 18 inches.

By Thursday afternoon, Laura was a tropical storm and moving towards Arkansas.

Texas was also in the path of the hurricane but the state ended up being spared the brunt of the storm with the most significant damage taking place in neighboring Louisiana.

The Atlantic storm season, which runs through November, could be one of the busiest ever this year, with the NHC predicting as many as 25 named storms. Laura is the 12th so far.