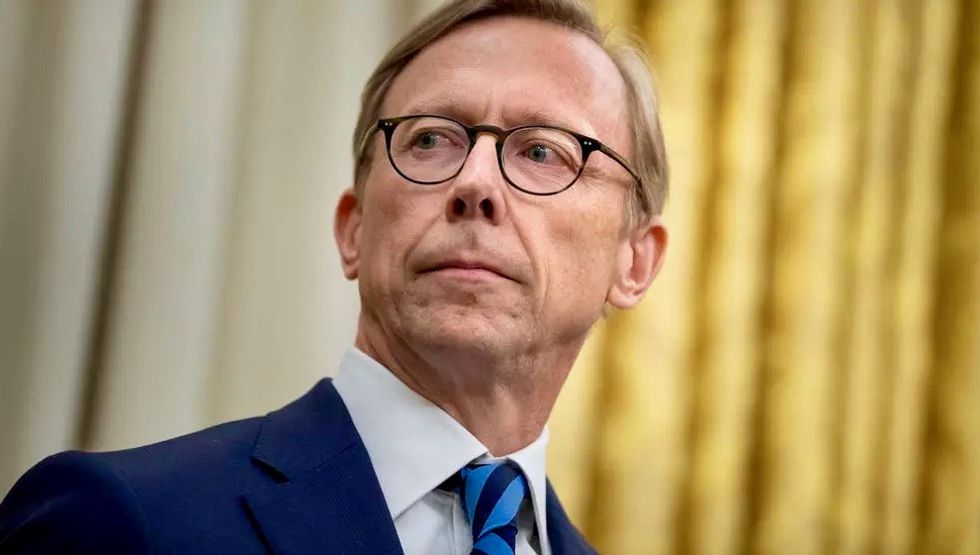 The US accused China and allies Britain and France Friday of "abdicating their duty" as it held firm on its solitary push to maintain an arms embargo and restore broader UN sanctions on Iran.

"Iran is in violation of its voluntary nuclear commitments. The conditions have been met to initiate snapback."

Hook said the lack of support from any other members of the UN Security Council for the move was moot, and that they had "failed" a week ago by not extending a soon-to-expire arms embargo on Iran as urged by the six-member Gulf Cooperation Council.

"China and Russia and France and the United Kingdom decided to ignore the views of the Gulf Cooperation Council," Hook said.

"These are the countries that are closest to the danger, and the Council had a responsibility to respect their views to extend the arms embargo."

He continued: "It was a very disappointing abdication of duty."

On Thursday Pompeo formally began the process to reimpose sweeping economic and political sanctions on Iran dating back to 2006. They had been had been lifted under the 2015 accord, known as the JCPOA, that aimed to halt Tehran from developing a nuclear weapons capability.

The US withdrew from the accord in 2018, but controversially maintains it has the right to force the reimposition of sanctions through the agreement's "snapback" mechanism.

In a major break between longstanding allies, on Thursday France, Britain and Germany rejected use of the snapback, calling it "incompatible with our current efforts to support the JCPOA."

They also warned that the US action could have "serious adverse consequences" on the work of the Security Council.

Pompeo lashed back in unusually harsh language, accusing the three allies of "siding with the ayatollahs."

The Europeans reject the idea that they are on Iran's side and are concerned about the end of the arms embargo, but maintain that the priority is keeping the JCPOA in place.

Hook said whatever the comments from other countries, the mechanism had been activated, and could not be blocked.

"The Security Council at the end of 30 days is going to have all of the UN sanctions restored," he said.

"Whether people support or oppose what we are doing is not material."

Meanwhile Pompeo warned other countries that the US would not allow arms to be shipped to Iran after the expiration of the embargo on October 18.

"I assure you the United States will use every tool in its arsenal to make sure that the Chinese and the Russians are incapable of delivering weapon systems to Iran that threaten us," he told Fox News.