Voter rejection of these 4 GOP women could cost Mitch McConnell control of the U.S. Senate 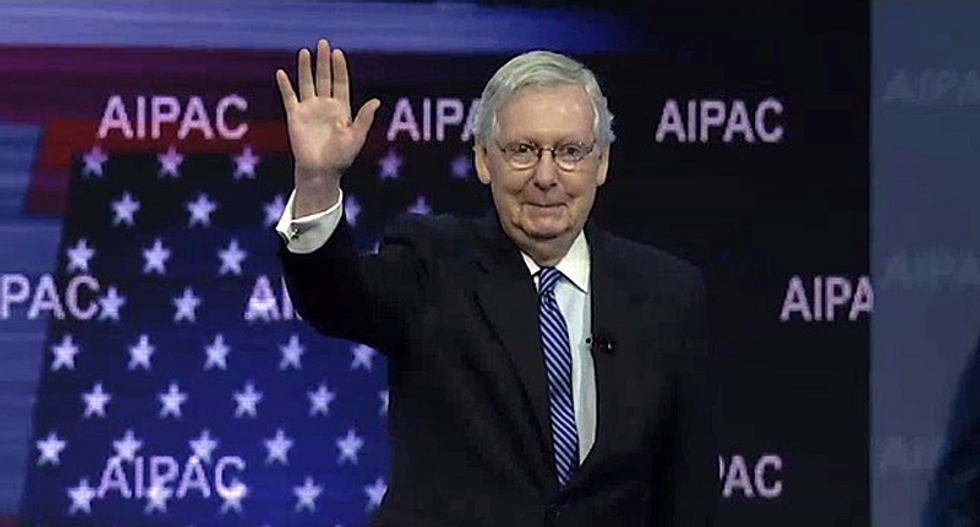 Control of the U.S. Senate hinges on the outcomes of a handful of races in November, including several where Republican women are trying to fend off increasingly competitive challengers that include some Democratic women.

Republicans currently hold 23 of the 35 Senate seats up in 2020, and Democrats hold 12. Democrats need a net gain of three or four to take control of the 100-seat chamber. In the 10 or 11 races thought to be competitive this year, Republicans are playing defense in nearly all of them, including four where women are trying to hold onto their seats.

“You have Republican women very much in danger,” said Jessica Taylor, an analyst at the nonpartisan Cook Political Report.

Twenty-six women — 17 Democrats and 9 Republicans — currently serve in the U.S. Senate. Only 57 women — 36 Democrats and 21 Republicans — have ever served in that congressional chamber, according to the Center for American Women in Politics at the Rutgers Eagleton Institute of Politics.

The Cook Political Report late last month forecasted that Democrats are now slightly favored to win Senate control in November. “The political climate appears dire for Republicans across the board,” Taylor wrote at the time.

Senate seats in Alabama, Arizona, Colorado, Georgia, Iowa, Kansas, Maine, Michigan, Montana and North Carolina are thought by most forecasters to be competitive. Among them are Republican seats being defended by Sens. Martha McSally in Arizona; Kelly Loeffler in Georgia; Joni Ernst in Iowa and Susan Collins in Maine. Ernst and Collins face Democratic opponents who are women. Democrat Barbara Bollier is running for an open seat in Kansas.

There is an increasingly close race in Arizona in a special election between McSally and Democrat Mark Kelly, a former astronaut and husband of former U.S. Rep. Gabby Giffords, who retired due to a brain injury sustained during an assassination attempt. She and Kelly are strong gun-control advocates. McSally, a military veteran and former U.S. House lawmaker, was appointed to her seat in 2018 by the state’s Republican governor after unsuccessfully running against now-Sen. Kyrsten Sinema, a Democrat, for the state’s other Senate seat earlier the same year.

Georgia also has a special election. Loeffler was appointed to fill the seat of retiring Republican Sen. Johnny Isakson and joined the Senate at the beginning of this year. She is the first Republican woman to represent Georgia in the Senate and the only female senator from the state in nearly 100 years. The first, in 1922, served only a symbolic one-day term.

Loeffler, a former business executive, is running to finish the last two years in Isakson’s term. She is facing a challenge from the conservative wing of her own party by U.S. Rep. Doug Collins, as well as from several Democrats. If no candidate receives more than half of the vote in November — this is an all-party race with no typical primary — the top two finishers will proceed to a run-off election in January 2021.

Both “McSally and Loeffler were appointed to their seats,” Taylor, from the Cook Political Report, said. “It’s harder to defend those seats, they don’t have the same benefits of incumbency.”

In Iowa, Republican Sen. Ernst, a military veteran and the first woman to represent Iowa in the Senate, is trying to fend off an attack from Democrat Theresa Greenfield, a businessperson in Des Moines. Ernst promised in a 2014 campaign ad about hog castration to “make ‘em squeal” when she got to Washington. Greenfield has said that “Iowans are the only ones squealing.”

Greenfield raised $6 million last quarter, breaking fundraising records for a Democrat in the state, her campaign said. Ernst raised $3.6 million but still has more cash in the bank. The increasingly competitive race is attracting national attention and money. Greenfield secured an early endorsement from the Democratic Senatorial Campaign Committee (DSCC), which focuses on Democratic Senate races. The National Republican Senatorial Committee (NRSC), which does the same work for the GOP, has already begun running television ads for Ernst that attack Greenfield.

The Senate race in Maine is shaping up to be the most expensive in the state’s history, with more than $40 million already raised between the two candidates. Republican Collins, aiming for a fifth, six-year term, is in an increasingly precarious position against her Democratic challenger Sara Gideon, Maine’s Speaker of the House. Gideon is trying to position herself as a moderate who can get things done and paint Collins as beholden to special interests. Democratic groups began targeting Collins after her vote to confirm U.S. Supreme Court Justice Brett Kavanaugh, and that money will go to Gideon now that she has won the party’s primary.

Given that a Democrat has not won a Senate seat in Kansas since 1932, Democrats were initially not expected to have much of a chance there in November. But a crowded primary field of Republicans vying for the seat being vacated by retiring Sen. Pat Roberts, and the emergence of conservative Kris Kobach as the party frontrunner ahead of the state’s August 4 primary, is making the race increasingly competitive.

Democratic groups have tried to tip the scale in the primary for Kobach, believing he will be a better opponent for Democrat Bollier in November, given Kobach’s allegiance to Trump and his staunchly conservative views on policies such as immigration. Bollier, a doctor who left the Republican Party in 2018 over its stances on LGBTQ and other issues, is positioning herself as an alternative to the “extreme partisanship and dysfunction” in Washington.

Taylor said with President Donald Trump’s approval ratings down, Republican incumbent women are walking a fine line between holding onto his base of support in their own races without alienating crossover voters open to supporting Republican candidates in down-ballot races even if they do not plan to back the president.

“All of these women are in precarious positions because they can’t upset the Trump base so they have to cater to that, in a way, but I think by talking about some of those pet issues of Trump’s, it alienates some women voters, college-educated women especially,” Taylor said.