WATCH: Arizona man throws tantrum about masks — and his son has to pick him up and carry him out of the store 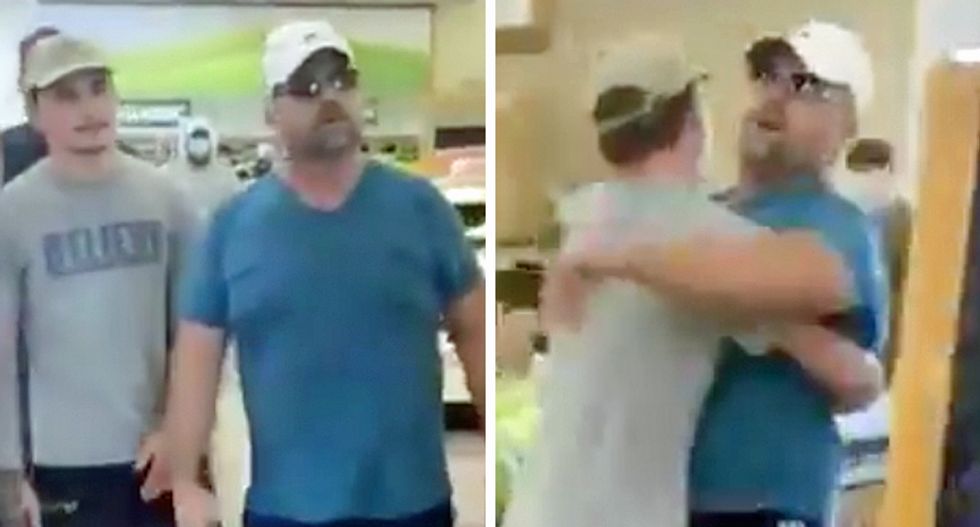 Video posted online purports to show a man being carried out of a store in Tucson, Arizona after a loud rant against wearing masks.

"You're a bunch of idiots wearing masks, you know it's not real," he shouted.

"Look at you fools, you got a f*cking doily on your face. You ret*rd, you look like you f*cking got it off your mom's countertop," he continued.

At that point, a much larger man with a mask over his beard approached the anti-mask activist.

"You're a dork, look at you, you giant f*cking dork," the anti-mask activist said as his son restrained him. "Come outside and show me how tough you are."

"I'll beat that f*cking mask off your face," he threatened, as his son physically picked him up and removed him from the store. "F*cking p*ssies, you're all a bunch of p*ssies wearing masks!"

"Goodbye," a woman can be heard shouting off-camera.