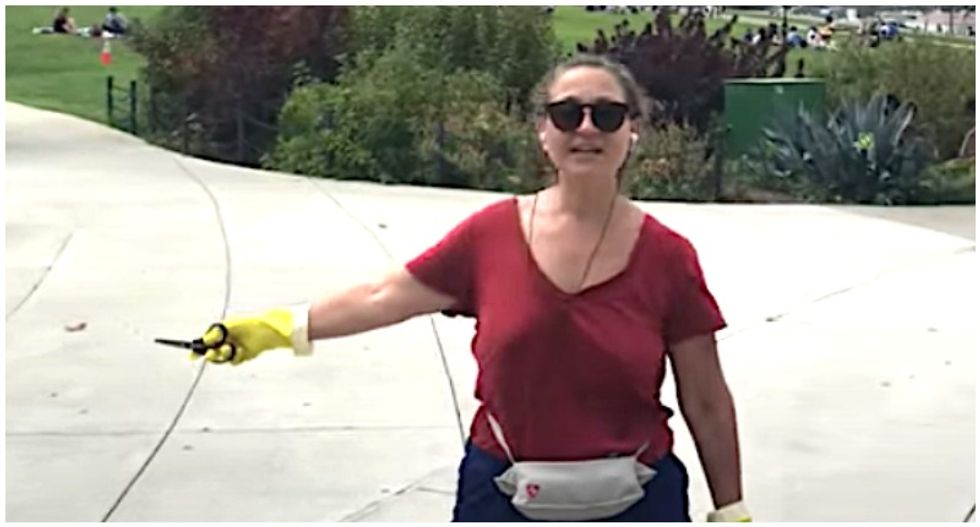 While participating in an outreach effort for the LoveDolores campaign in a San Francisco park, Andrés Patino came across a woman taking down signs and rope that restricted people from entering the playground, according to Mission Local.

When Patino objected to the woman's actions, the woman launched into a rant that sometimes veered into racist territory.

The woman declared the signs and barriers to be “unlawful” and referred to Patino as a “dumb sheep,” telling her and her entourage to “go to the hospital and tell them to kill you on a ventilator like they’re doing to thousands of others.”

She then called Patino, who is of Colombian descent, a "little migres.”

“Go back to wherever the hell you came from,” she said. “Stop trying to steal the property we paid for.”

"Yesterday, while doing outreach for LoveDolores, I was approached by this unknown Karen at Dolores Park," Patino wrote. "Upset about COVID regulations, she took it upon herself to cut & remove the blockade closing the Children’s Playground (mandated by City’s health orders) and verbally harassed me."