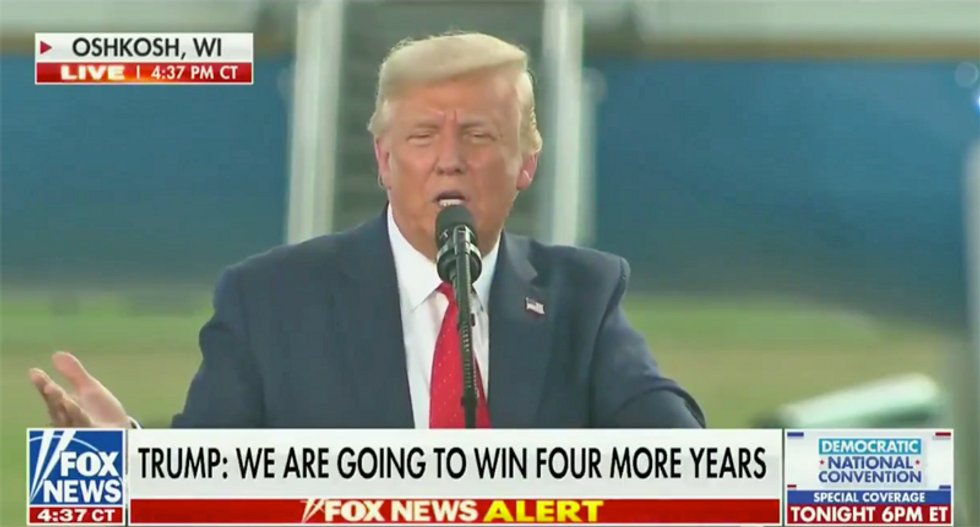 President Donald Trump on Monday addressed supporters at a rally in Oshkosh, Wisconsin.

As Trump argued he was competitive in New York in 2020, Fox News cut away from his speech.

Election forecasters do not believe Trump has any chance of winning New York in 2020. In the 2016 election, Trump lost the state by over 22% of the vote, with Hillary Clinton winning 59% of the vote while Trump only received 37%.

Trump, who has long been known as a New Yorker, moved his residence to Florida after being elected president.