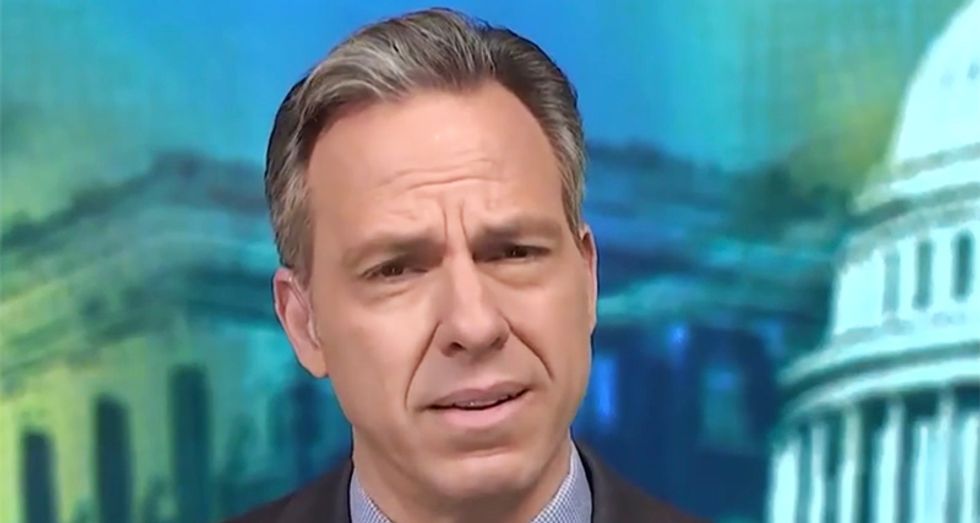 CNN anchor Jake Tapper on Monday called out the Trump administration for a video played during the Republican National Committee Convention that attempted to make the president look like a hero for his response to the COVID-19 pandemic.

"You know, I can't help but think that so much of this convention so far is great for Donald Trump's base," Tapper noted. "And yet with a couple of exceptions is not even remotely reaching out to any voters in the middle. We've heard a lot of grievance really this evening."

"One other thing that strikes me," he said, addressing CNN's Abby Phillip, "is that we were told that the organizers knew that they had to take on the coronavirus pandemic. And what they've done is they had a doctor talk about how President Trump sped up and cut through the red tape to get the approval for the therapeutic Remdesivir, we heard from a woman who talked about how President Trump helped improve telehealth. Those are two excellent points from those individuals."

"But then also there was this video that is just complete revisionism when it came to President Trump's empirically mishandling of the pandemic early on when he dismissed the threat of the virus, and we still in this nation do not have control of the virus like other western wealthy countries do. We have 4% of the world's population and more than 20%, Abby, of the world's COVID deaths."

"Yeah exactly the same thought struck me as I watched that video," Phillip replied. "Which is to say, you know, the president was within his rights to talk about the things that are on the horizon, the therapeutics, the vaccine, but the revisionist history about the facts of the virus I think is something that has to be called out. This is a president who said it would disappear, who said it would disappear in warm weather -- that was all omitted. And I was also struck by the absence really of a moment of reflection for the lives that were lost. 177,000 Americans lost in this pandemic. So there were a lot of omissions there."

New eviction moratorium in much of US as Delta variant spreads

Under pressure from progressive Democrats, US health authorities on Tuesday declared a new moratorium on tenant evictions until October in much of the country, citing public health risks posed by the Covid-19 pandemic.

"The emergence of the Delta variant has led to a rapid acceleration of community transmission in the United States, putting more Americans at increased risk, especially if they are unvaccinated," Rochelle Walensky, director of the Centers for Disease Control and Prevention, said in a statement.

With special session’s end looming, Texas Democrats and Republicans mull their next moves

Uncertainty is running rampant among Texas Democrats and Republicans as the final days of the special legislative session dwindle away.