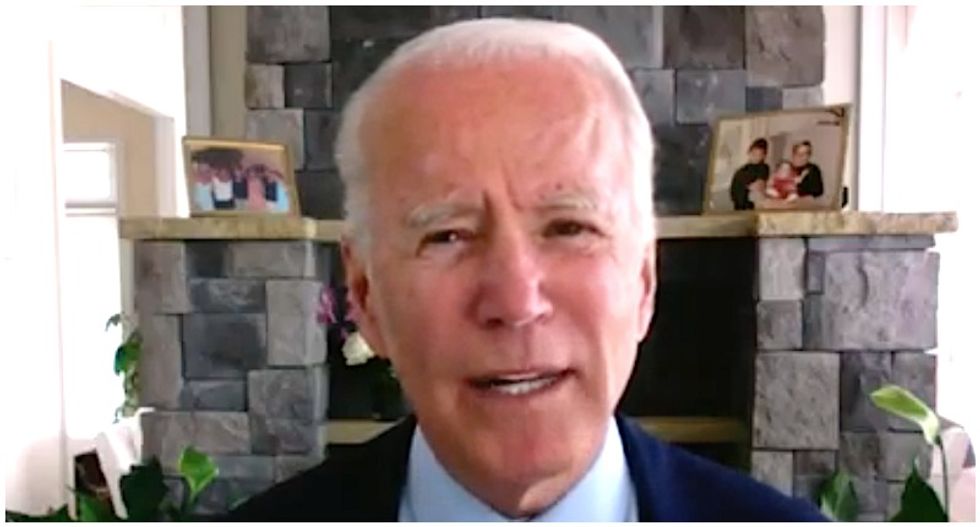 "At no time before have voters faced a clearer choice between two parties, two visions, two philosophies, or two agendas," Trump is expected to say. "We have spent the last four years reversing the damage Joe Biden inflicted over the last 47 years. At the Democrat convention, you barely heard a word about their agenda. But that's not because they don't have one. It's because their agenda is the most extreme set of proposals ever put forward by a major party nominee."

Trump is also expected to go after Biden on issues such as China, immigration, and crime.

Speaking to MSNBC's Andrea Mitchell this Thursday, Biden addressed Trump's expected remarks, saying that during his time in the Obama administration there were more jobs created in three years than Trump has created "so far" in his presidency, adding that when there was unrest during the Obama era, federal property was protected "without hurting people."

"We moved in a direction that made sense," Biden said.

"He's a fiction writer in the extreme," he continued, speaking of Trump.

Mitchell then asked Biden about the "rosy picture" Vice President Mike Pence painted regarding the nation's current fight against the coronavirus and the possible "political interference" the White House is conducting with the CDC's guidelines.

"Have you ever seen any administration put this much pressure on the FDA?" Biden said. "There's no bounds to what this guy does."