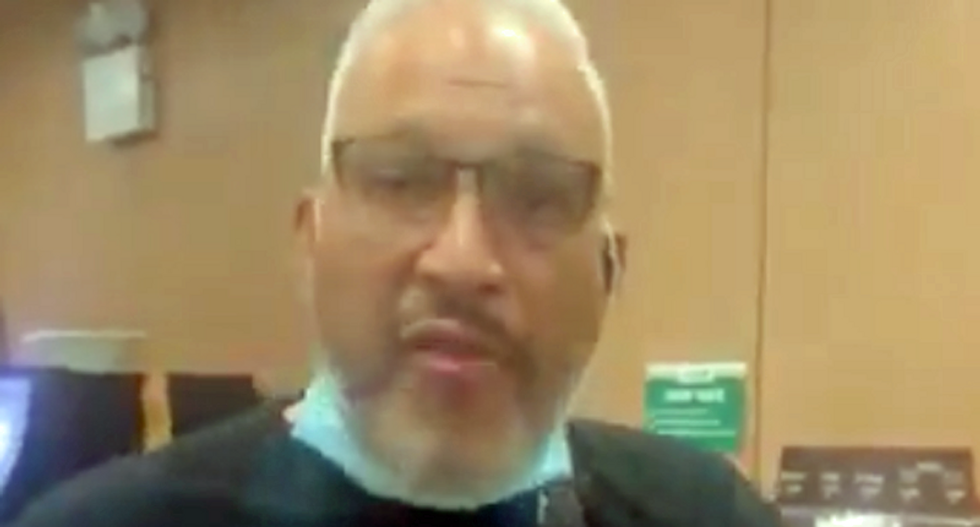 Man complaining about wearing a mask in NYC (screengrab)

Yet another video has surfaced online of a grown man publicly throwing a tantrum over wearing a mask during the COVID-19 pandemic.

In video posted to Twitter, a man profanely complains about being filmed while wearing his mask around his neck, instead of covering his mouth and nose.

"You want to do that? Take the picture, go ahead," the man says while flipping off the camera. "You got that? You got that?"

"F*ck you too," says the man, who was wearing a T-shirt for NYU Langone, one of the nation's premier medical centers.

"F*ck you, f*ck your social media, f*ck whatever you put in it, f*ck you too," he continued.

After putting generous portions of creamer and sugar in his coffee, the man addressed the camera again.

"Everybody want to be a f*cking bully and be the mask police ... standing behind the phone like a f*cking p*ssy," he argued.