WATCH: Pelosi trolls White House's Meadows as 'what's his name' while shooting down his aid proposal 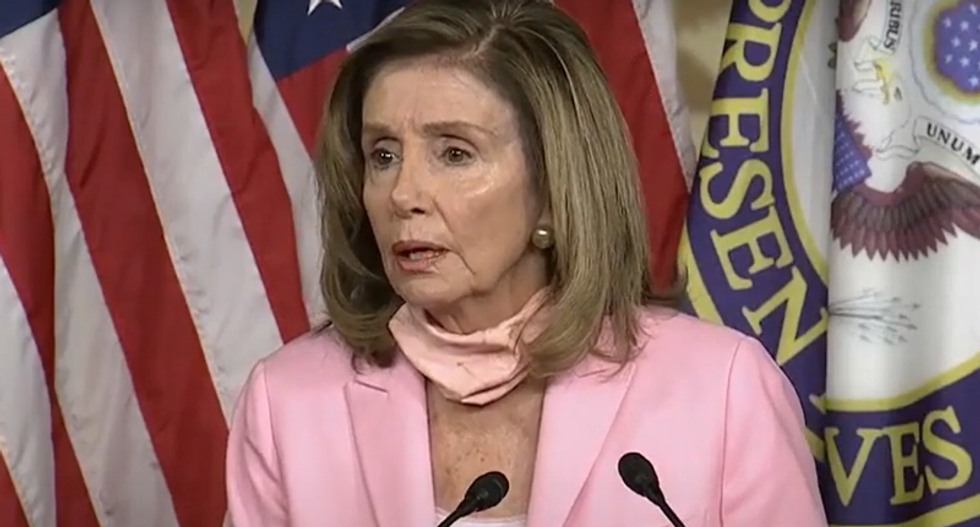 During a press conference ahead of the House vote on protecting the Postal Service on Saturday, House Speaker Nancy Pelosi (D-CA) shot down the demands of White House Chief of Staff Mark Meadows, dismissing him as "what's his name."

"Chief of Staff Meadows was on the Hill today," said a reporter. "He tweeted out a message to Democrats saying, 'If you really want to help Americans, how about pass relief for small businesses and employment along with Postal Service funding.' You said that you don't want to break things down ... what about the members in your party who think that maybe a vote on a smaller HEROES Act of $2 to 2.4 trillion with a shorter time frame is perhaps a good idea?"

"On the other hand, what my colleagues — my colleagues, I welcome their suggestions, and we're all in sync," added Pelosi. "We said we would come down a trillion dollars. We're ready to negotiate at that level and again, we're making some plans for some things that we want to do next."

It should be noted that Meadows previously served in the House with Pelosi while representing North Carolina dating back to 2013.