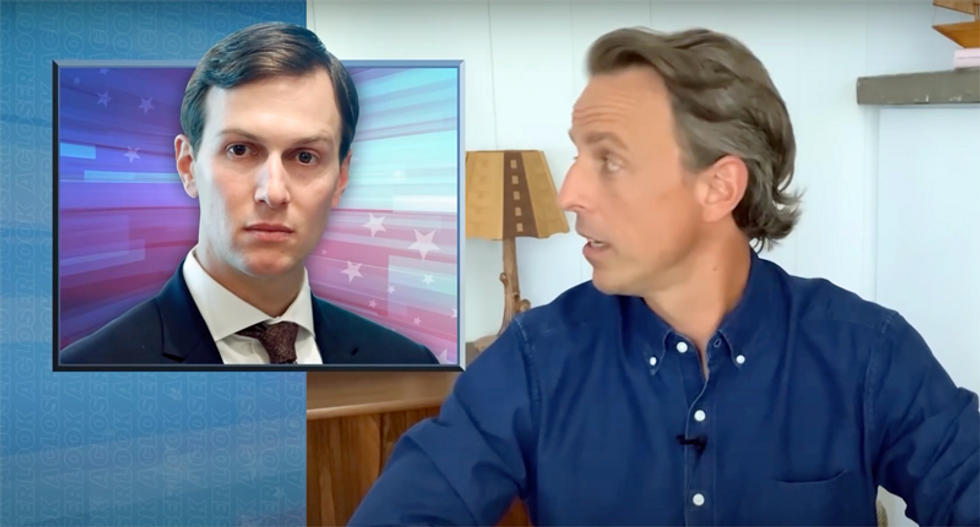 "More than 155,000 Americans have now died from the coronavirus pandemic," Meyers noted. "Cases are rising in more than 20 states. The U.S. now accounts for one-quarter of all coronavirus deaths in the world."

"And in some parts of the country, people are waiting as long as two-weeks to get their test results -- which is insane. The whole point of testing is to find cases, isolate them and trace their contacts. If it takes two weeks, it's pointless."

"We could've avoided all of this with a coordinated national testing strategy from the beginning. In fact, Vanity Fair reported last week that we almost had one, until Jared Kushner slithered out of his West World milk-bath and f*cked it up," he explained.

"I guess it's not surprising to learn that Jared Kushner is a sociapath," Meyers explained. "I mean, look at him -- he looks like Hannibal Lecter in a CW reboot of 'Silence of the Lambs.'"

"But not only is that evil, it's stupid. This is an infectious disease, this virus has travelled all over the world, did they not realize this could travel to red states, too?" he wondered. "It's a perfect plan, as long as nobody from New York ever goes to Florida."