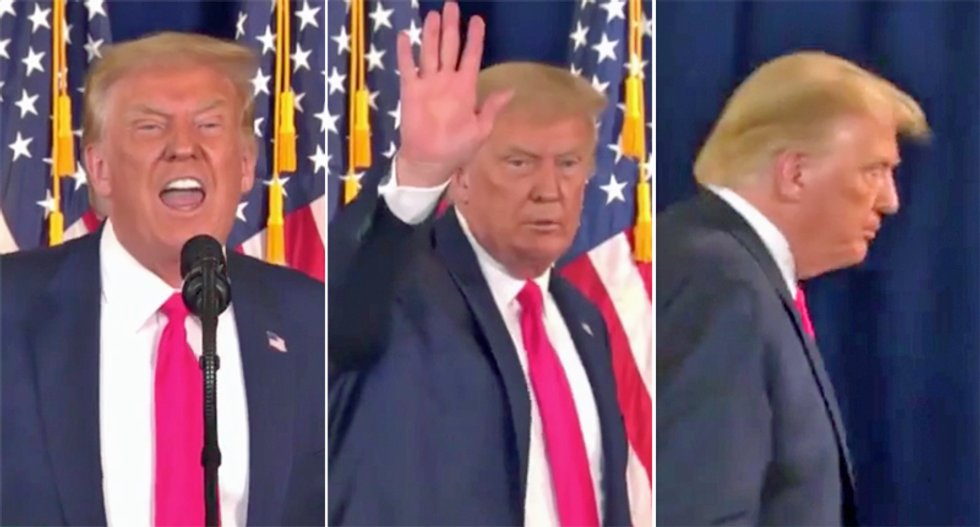 Trump began the press conference by falsely claiming credit for the Veterans Choice bill that was signed by President Barack Obama.

But this time, CBS News reporter Paula Reid challenged Trump on his lies.

Video of the exchange. Notably it’s another example of Trump getting so agitated by a female reporter that he abrup… https://t.co/MeX4l1i8l9
— David Nakamura (@David Nakamura) 1596920577.0

The mainstream media is always extremely reluctant to say that Trump lies because they can’t prove that he knows so… https://t.co/YQlIOWc19N
— Matt O'Brien (@Matt O'Brien) 1596921176.0