WATCH: Trump supporters attack documentarian – and then cops drag him away instead of his assailants 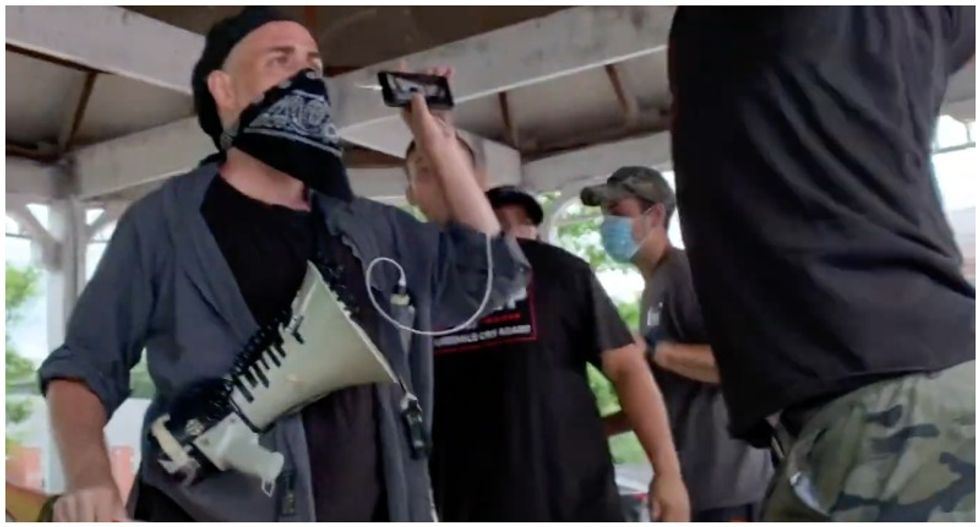 Documentarian and political provocateur Rod Webber showed up to a pro-Trump rally in Wilmington, Massachusetts, this Sunday, holding an anti-Trump placard while walking amongst the crowd. As footage he took from his camera shows, he was immediately met with shouts of anger and aggression from Trump supporters who were in attendance.

At one point, Webber was knocked to the ground by a rally attendee, but police led him away from the area without questioning or detaining the person who assaulted him.