WATCH: Trump's former DHS chief of staff talks about his 'terrifying' experience in the White House 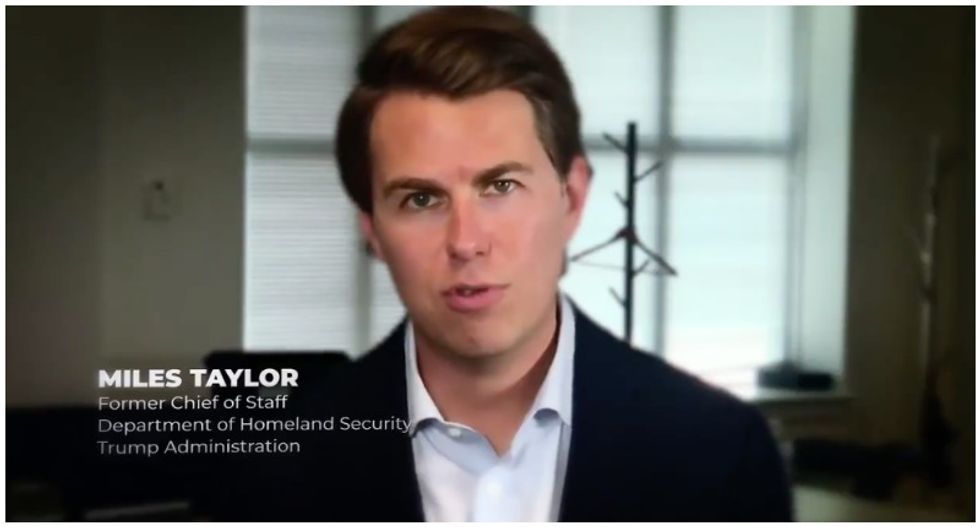 In a "testimonial ad" released by Republican Voters Against Trump, Trump's Former DHS Chief of Staff, Miles Taylor, railed against the "terrifying" culture he saw inside the White House during his time with the administration.

"We would go in to try to talk to him about a pressing national security issue -- a cyber attack, a terrorism threat -- he wasn't interested in those things," Taylor says in the video. "To him, they weren't priorities."

"The president wants to exploit the Department of Homeland Security for his own political purposes, and to fuel his own agenda," he says in the ad.

Watch the full ad below: