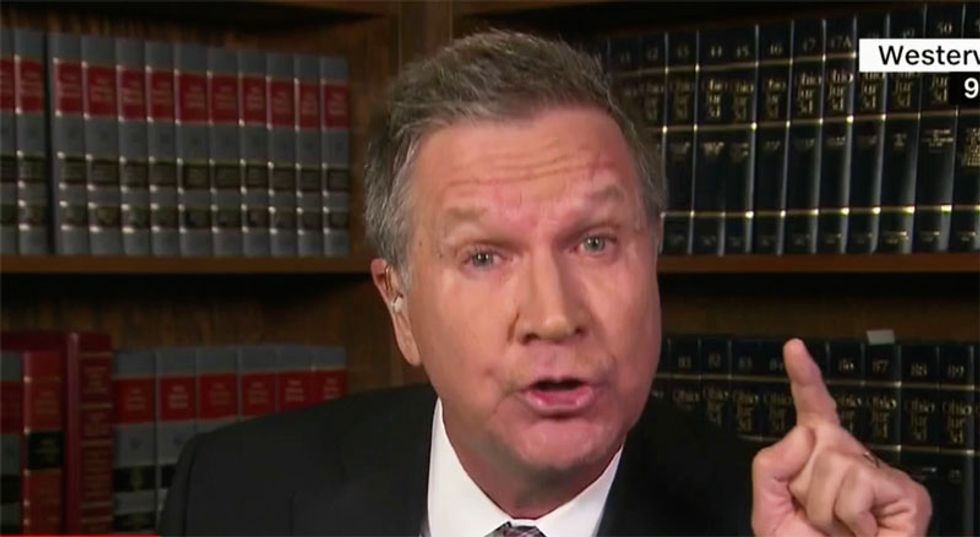 On Monday's edition of CNN's "OutFront," former Gov. John Kasich (R-OH) explained why he is bucking his party to speak in support of Joe Biden for president at the Democratic convention.

"The reason I didn't support Trump the last time is, I was afraid that he would be a divider and not a unifier," said Kasich. "Unfortunately, as I've watched him over the last three and a half years now, he's continued to do that. I don't think the country does well when we're divided. And so I had to search my conscience ... I believe we need a new direction. We just can't keep going the way that we're going."

"I am a conservative," Kasich added. "I believe Biden can bring us together ... I think he can restore civility and I don't think he'll go hard left. I think he is a pretty tough guy. So I'm comfortable with the fact that he would be our leader. And I expect he'll have Republicans that will be part of anything he does going forward. That's the way — that is his nature and has been history. And he is a man of deep faith, and a man that has suffered some tremendous grief that has shaped his character. All some of the things I will talk about in my speech."

"I'm clued into a lot of people of faith. A number of them ... are very happy that I'm making this decision," he added. "I consider myself to be a man of faith. A flawed man of faith, for sure, but aren't we all? ... A lot of people scratch their heads about why some of these very conservative evangelicals support Trump. It seems not to be consistent with the things that they believe in as promoted in the Old and New Testament."