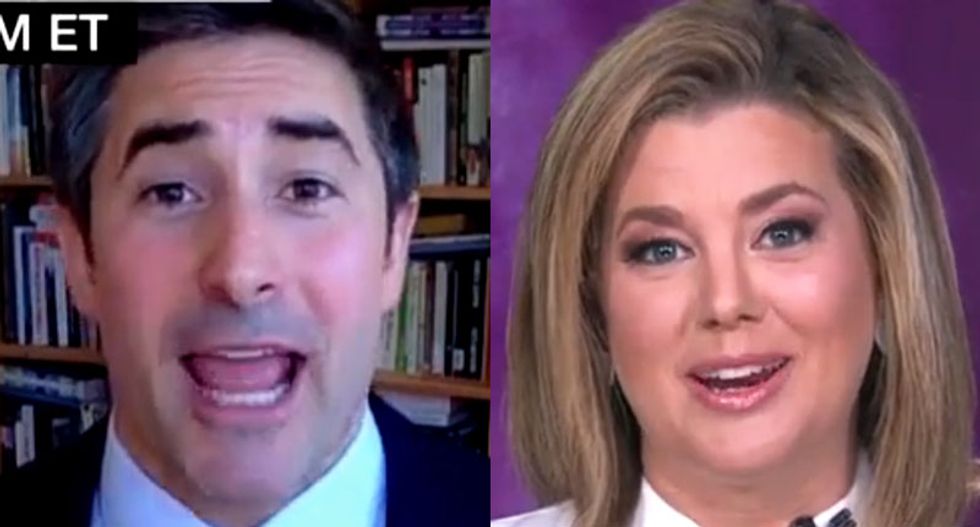 Jonathan Swan of Axios said Tuesday that he had tried to ask Donald Trump about the public health implications of his rally in Tulsa, Oklahoma -- but the president misperceived the question as an attack on his crowd sizes.

During his interview, which aired in full on Monday night, Swan questioned Trump about his decision to hold a campaign rally in Tulsa amid the ongoing coronavirus pandemic.

Trump also told Swan that Fox News had broadcast the rally, resulting in recording-breaking ratings for the news network.

But Swan told CNN he wasn’t interested in crowd sizes.

“The basis of that question was the fact that when you talk to public health experts they say one of, if not the most important thing you need to do in a public health crisis is provide the public with consistent, accurate, reliable, credible information,” Swan explained.

“And I was challenging him on the fact that he presented the rosiest picture to the American public consistently since this virus first arrived in America, telling them each month that it's under control, with only brief reversions to a more grim reality... what happened there was as soon as I raised Tulsa, he thought I was trying to attack him for his crowd size.”

“I was trying to ask him about public health, whether it was responsible as a president to hold what is still the largest indoor gathering of Americans since this virus took off in the country. That's what I was asking about,” Swan said.

CNN host Brianna Keilar started to talk about the crowd estimate provided by the local fire marshal, but Swan interjected.

“I don’t care!” the Axios reporter said. “Who cares? Who cares? It’s not important.”

“He cares,” Keilar noted, “so the interview gets hung up [on that.]”

“Why put 6,000 people who weren't wearing masks in an arena, that was the question. I don't care what the number was,” Swan remarked.