'Worst pain I've ever felt': Diner employees in shock after getting maced by angry anti-masker 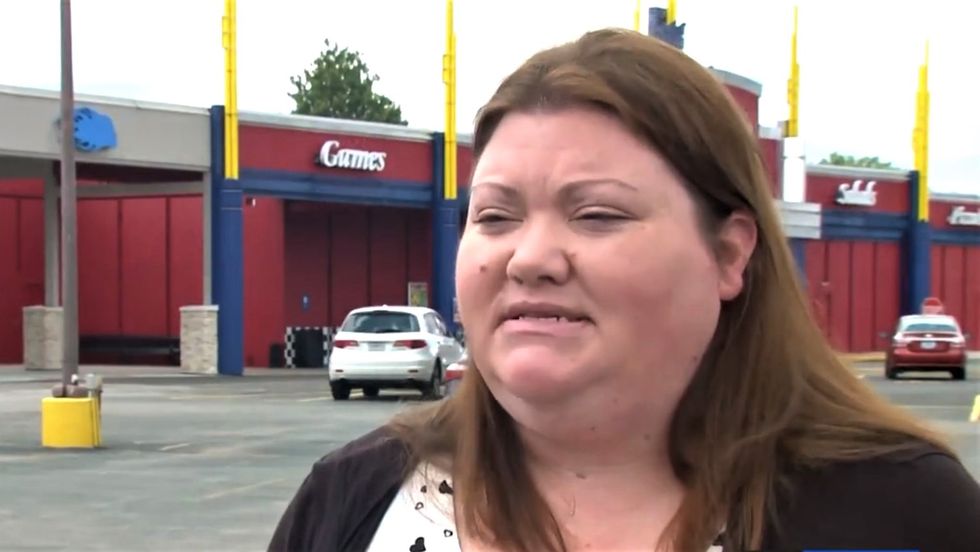 Three employees at a Missouri pizza diner got maced earlier this week by a customer who was angry that they were asked to wear a face mask as a precondition of being served.

Local news station KMOV reports that a group of maskless people went into the Incredible Pizza Company in South St. Louis County on Sunday, where they were asked to leave because of their refusal to wear masks.

Security camera footage shows that, as they were being escorted out of the building, one of the people turned around and maced three employees in the face.

“I have blisters all over my tongue right now it's pretty painful even right now,” said Laura Hackworth, one of the workers at the pizza diner. “Once I was sprayed, I knew instantly what had happened and it was the worst pain I had felt in my life, just excruciating, burning obviously in my nose and mouth.”

Managing general partner April Gamache tells KMOV that the maskless patrons were being abusive toward staff even before one of them started macing workers.

"Point punches were thrown, I was shoved, my cashier was shoved, we were spit on, we were ridiculed," she said.

Police have told the St. Louis Post-Dispatch that they have issued a summons for assault to a 27-year-old woman whom they have identified as the person in the security footage spraying employees.

Watch KMOV's report on the incident below.