'You can't survive': Hurricane Laura storm surge will be so large it will reach I-10 highway and kill anyone in its wake 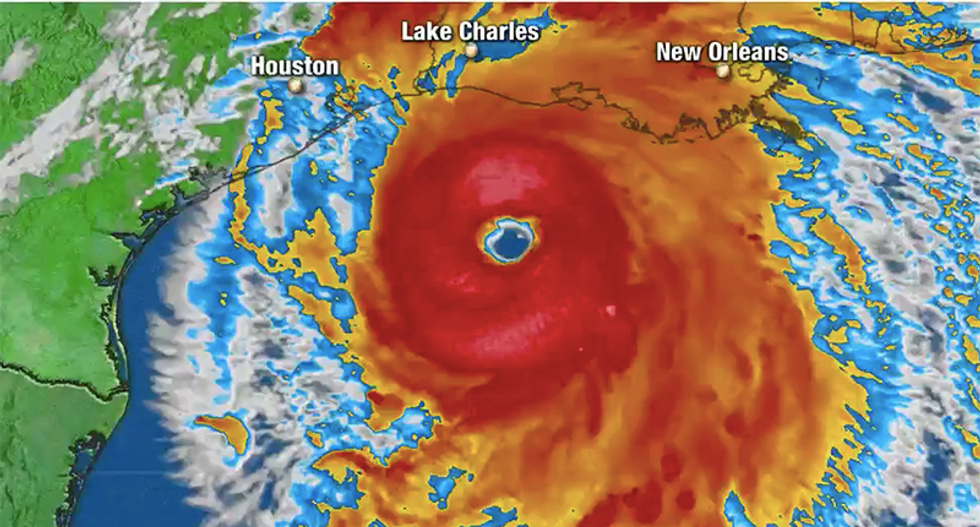 Hurricane experts at the National Hurricane Center warn that Hurricane Laura's storm surge will likely reach 20 feet high for the southern part of Louisiana. The surge will be so large and move inland so far that it could even reach the I-10 highway that many would use to escape the storm.

Tuesday, Houston reported that it was bussing people out of the city, as much as 100 miles north to safer shelters. Louisiana is similarly helping people get out of the Lake Charles area, which will have a direct hit from the storm.

"So, I think they want people to heed these warnings," Roker told viewers. "Because as you look at this, Nicole, this system, you can see the feeder bands already just to the west of New Orleans, across Lake Charles. The National Hurricane Center is already reporting water starting to pile up along the Texas/Louisiana border. This thing runs with a 400 miles -- it's 175 miles south-southeast of Port Arthur. And 140-mile-per-hour winds. If it makes landfall at this category 4, which we expect it to, sometime late tonight, it will be the strongest hurricane ever to make landfall along the Texas/Louisiana border."

He went on to call the rain and wind "dangerous" and warned that the landfall would come after midnight when most people would be sleeping. It could be too late to get out at that point, so Roker urged people to get out while they can right now.

See the video of Roker below and some comments from experts below:

It really doesn't get much more real than this. 140mph Hurricane #Laura will make landfall after dark likely near C… https://t.co/JWM9YOTolv
— Mike Bettes (@Mike Bettes)1598465154.0