ABC reporter doubles down after calling Trump a liar to his face: 'There's no other way to put it' 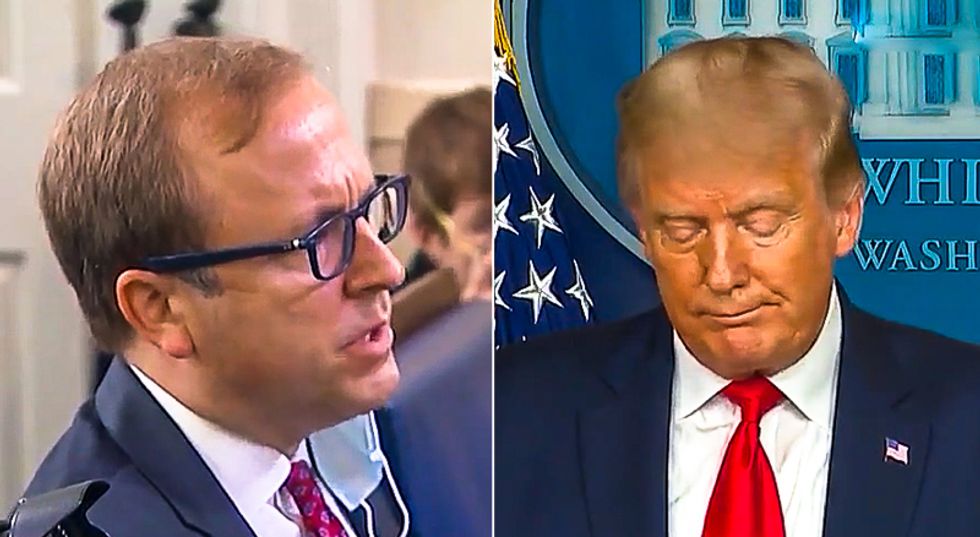 ABC White House correspondent Jonathan Karl on Sunday revealed why he finally relented and used the word "lie" to describe how President Donald Trump withheld information about COVID-19 from the American people.

At a press conference on Friday, Karl had confronted Trump about an audio tape in which the president admits that he publicly downplayed the virus even though he knew it was much more serious.

"Why did you lie to the American people and why should we trust what you say now?" Karl asked the president, who responded by calling the reporter a "disgrace."

On Sunday, CNN's Brian Stelter asked Karl why he chose to use the word "lie."

"I've resisted using that word for five years of covering Donald Trump, as a candidate and as president," Karl explained. "But I went in there feeling that there was no other way to put it."

According to the ABC reporter, audio tapes recorded by journalist Bob Woodward make it clear "that the president knew what the truth was and, in fact, explained to Woodward his reason for not telling the truth."

"That is by definition a lie," Karl observed. "So, I just felt I needed to ask the question as directly and plainly as possible."