'About to lose your job': Nebraska man faces backlash for truck with obscenely racist 'Trump 2020' sign 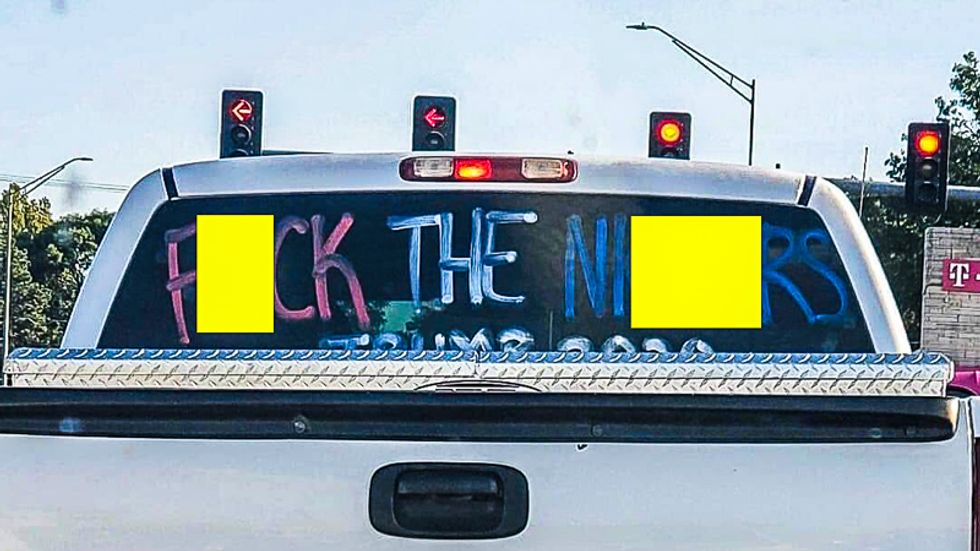 A Trump supporter is facing backlash online after his truck was allegedly spotted with a racist Trump 2020 campaign message.

"Why are you such a loser?" one commenter asked.

"Don’t be shocked if you’re out of a job soon," one person advised.

"As a relocated born and raised Nebraskan- people like you are the reason folks everywhere else assume all of us are backwater, slack-jawed, redneck fucking yokels," another commenter wrote.

After some users speculated that Cordis worked for John Deere or another related company, AKRS Equipment insisted in a comment that neither company currently employs the person in question.