Americans are renouncing US citizenship in record numbers

Prized? Perhaps. But maybe not priceless.

Why are so many people abandoning the United States?

While many liberal Americans threatened to move abroad after Trump’s election in 2016, rising renunciations are not directly attributable to any particular election result. The trend began in 2013, mid-way through the Obama administration. That year about 3,000 Americans suddenly gave up their passports – three times more than usual.

Nor are people fleeing the U.S. because of the coronavirus. The paperwork for the 5,315 renunciations completed so far this year began long before COVID-19 ravaged the country and made Americans global pariahs.

In fact, most Americans giving up their U.S. passport already live abroad and hold another citizenship. In surveys and testimonials, these people say they’re dropping their U.S. citizenship because American anti-money laundering and counter-terrorism regulations make it too onerous and expensive to keep.

In 2010, Congress passed the Foreign Account Tax Compliance Act, which requires foreign financial institutions to report assets held abroad by U.S. citizens and green card holders. The law, intended to identify the non-U.S. assets of all taxpayers, also ended up strengthening a 1970 anti-money laundering law, the Foreign Bank Account Report, which requires citizens to declare all foreign assets to the U.S. Treasury Department.

Together, these two regulations represent a major burden for low-income and middle-income expatriates. Until 2010, they could basically ignore or remain ignorant of the Foreign Bank Account Report because there was little chance the U.S. government would discover their non-compliance.

They weren’t avoiding taxes. Of the roughly 9 million U.S. citizens living abroad, most don’t earn enough to owe Uncle Sam a dollar. Only expatriates who make over $107,600 in foreign income are required to pay U.S. taxes.

According to a 2018 survey by InterNations, an expatriates’ networking organization, the education sector is the largest employer of Americans living abroad, at 29%. Few educators make six figures. In the U.S., the average teacher earns $60,000. In most other countries, it’s even less.

Still, all American expats – even those who’ve lived abroad for decades, earn no income in the U.S., and hold no U.S. assets – must submit an annual tax return to the Internal Revenue Service. Now, ever since Congress strengthened anti-money laundering and counter-terrorism financial reporting requirements, many have had to hire costly international accounting firms to do their taxes.

The consequences of noncompliance are severe: forfeiting up to 50% of all undeclared assets held overseas. 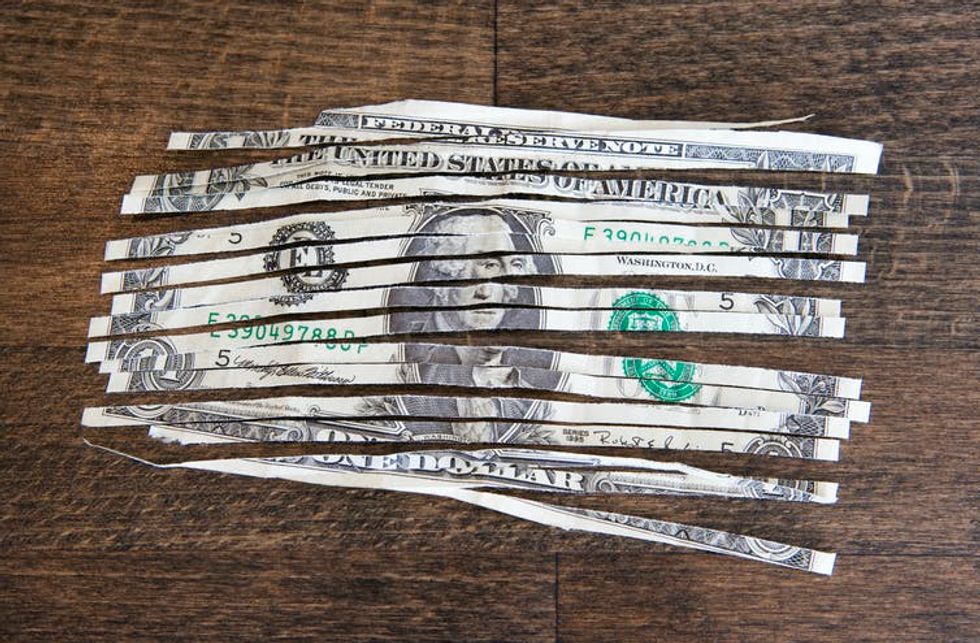 For some, US citizenship has become too annoying to keep.

“Becoming American” is a favorite topic in U.S. literature, popular history, and the media. There are entire sections of university libraries devoted to books and studies on the topic. My first book, about how ordinary American citizens shaped early American national identity, will soon be among them.

However, there is very little written about the reverse: unbecoming American.

Renouncing U.S. citizenship is pretty complicated and costly. It involves one or two interviews with a consular officer, a $2,350 administrative fee – very expensive compared to other wealthy countries – and potential audit of the citizen’s last five years of U.S. tax returns.

The whole process takes about a year. Once you have successfully unbecome American, you need to submit a tax return to the IRS the year after renouncing. After that, your ties to the U.S. government are severed.

The formal, bureaucratic process of unbecoming American resembles the process of becoming American. By the time those five new citizens were naturalized at August’s virtual Republican Convention, they had been U.S. residents for at least five years and spent the past 12 to 18 months filing paperwork, scanning their fingerprints, and studying for a civics test. 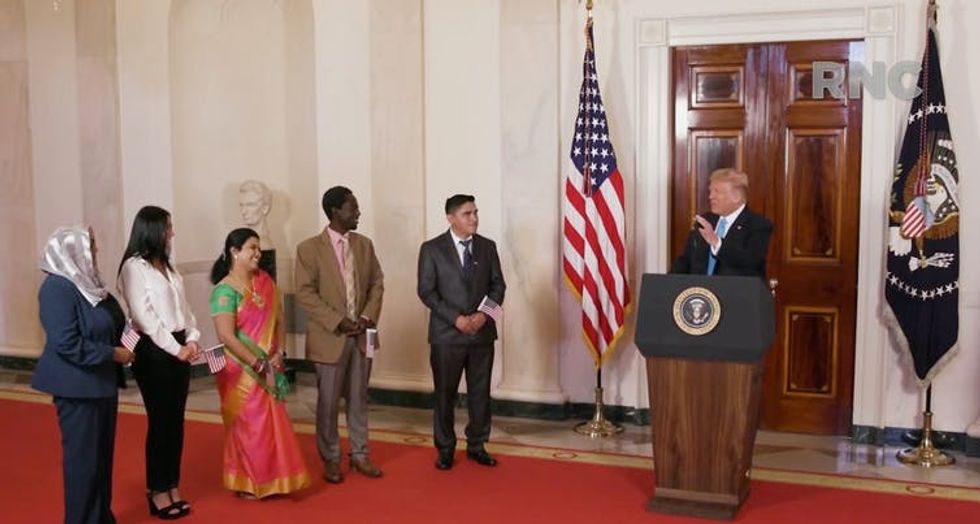 A naturalization ceremony aired during the Republican National Convention on Aug. 25, 2020.

Early in American history, though, citizenship was clumsy, informal, and changeable.

Colonists during the Revolutionary War often switched their allegiance, declaring themselves Patriots or Loyalists, depending on personal circumstances or which army controlled their town at the time, according to historian Donald F. Johnson in his forthcoming book Occupied America.

National identity was still in flux after the war. It was often unclear who was actually a citizen. Sailors, in particular, were frequently challenged on their status because many looked and sounded indistinguishable from the British when at sea or in foreign ports, wrote Nathan Perl-Rosenthal in his 2015 book Citizen Sailors.

One of the sailors I researched for my book, James L. Cathcart, regularly changed national allegiances to improve his fortunes. By my count, he switched identities or allegiances eight times by the time he turned 29, in 1796.

Born in Ireland, Cathcart fought for both sides in the American Revolution. Then when captured by Algerian corsairs in 1785, he spent a decade in captivity wavering between calling himself British or American, depending upon which offered the best hope of ransom. During captivity in Algiers he was also made a senior bureaucrat, advising and representing the interests of the ruler of 18th-century Algiers.

The confusion over identifying American sailors eventually inspired the documentation and bureaucracy that would ultimately be used to determine U.S. citizenship for all.

As this history shows, the notion of American citizenship as the “most prized, treasured, cherished, and priceless possession” is a relatively recent invention. And it may not be permanent.

With 10,000 U.S. passports expected to be dumped this year and another 23% of American expats – about 2 million people – saying they are “seriously considering” renouncing citizenship, unbecoming American is starting to sound as American as apple pie.