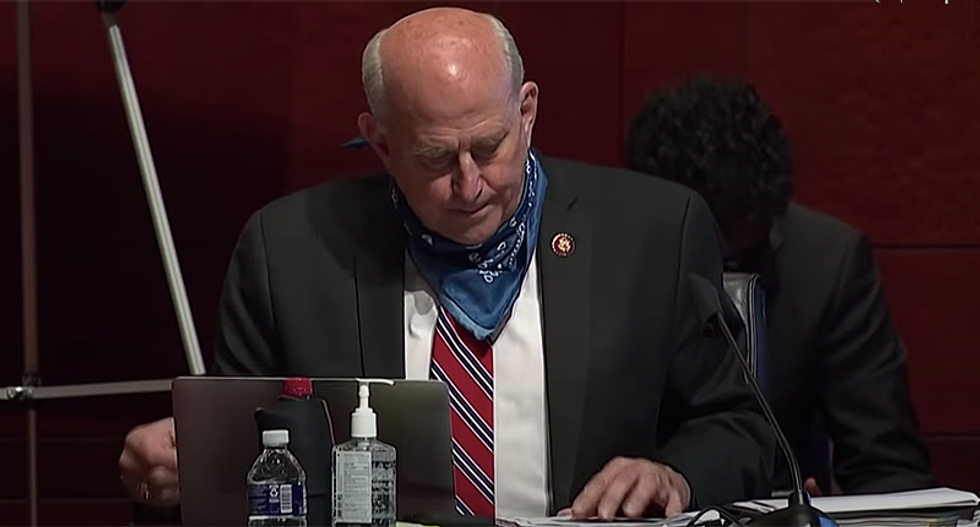 Rep. Louie Gohmert (R-TX) has returned to work after spending weeks fighting the coronavirus. This time, he's actually wearing his mask over his face.

In Congressional committee hearings prior to contracting the virus, Gohmert would wear a mask around his neck and only occasionally pull it over his mouth.

“This has been a heartbreaking battle because I love my dad and don’t want him to die,” said Rep. Gohmert’s daughter Caroline said in August after her father was diagnosed with the virus in July. She said that the reason he had the virus was that he “ignored medical expertise.”

It has been two months since Gohmert got the virus, and while he claimed he made a full recovery in August, he only now is returning to Congress.

Louie Gohmert back on the House floor after recovering from covid - and this time, wearing a mask as now required under the rules
— Manu Raju (@Manu Raju)1600184177.0