Anti-masker doctor flashes gun during video chat: 'I'd rather be carrying a gun than masking up' 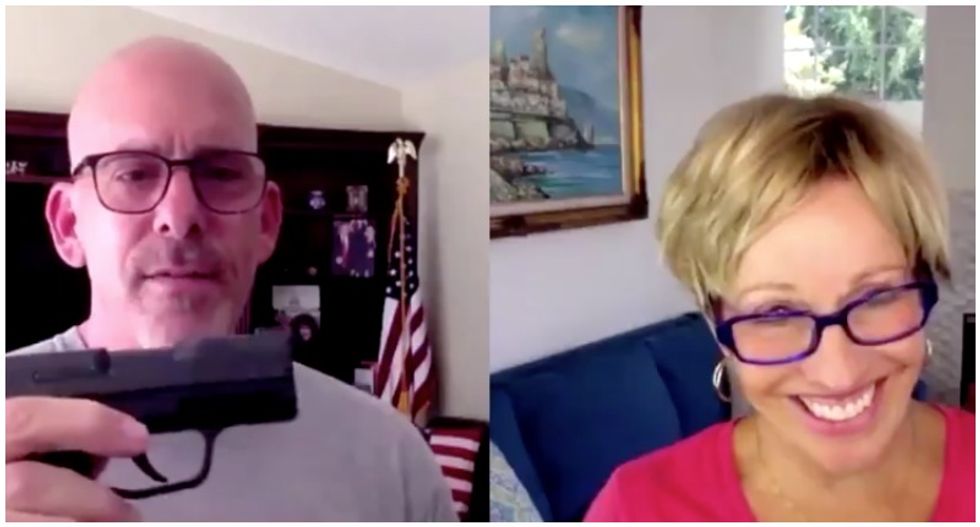 A California physician is the subject of controversy after he appeared in a video waving a handgun, saying he'd rather carry a concealed weapon than wear a mask, the Los Angeles Times reports.

Dr. Jeff Barke of Newport Beach has been a vocal opponent of mask wearing and has called for the reopening of schools and businesses. The video, which took place on September 16, also features anti-masker Peggy Hall. At one point in the conversation, Barke pulled out a 9-millimeter handgun.

“I live in Orange County, so I carry this wherever I go,” he says. “This is what I carry when I’m out in public to protect others and protect the public.

“I’d rather see somebody carrying a concealed [weapon] than masking up,” he adds. “I think that’s better for the public than anything.”

In the wake of Barke's comments, Hoag Hospital officials released a statement distancing themselves from the physician, clarifying that he's not an employee and that his personal views are "inconsistent with those of all recognized medical and scientific organizations."