As if FDR was warned Pearl Harbor was going to be bombed -- and he didn't want 'panic': Bob Woodward on Trump 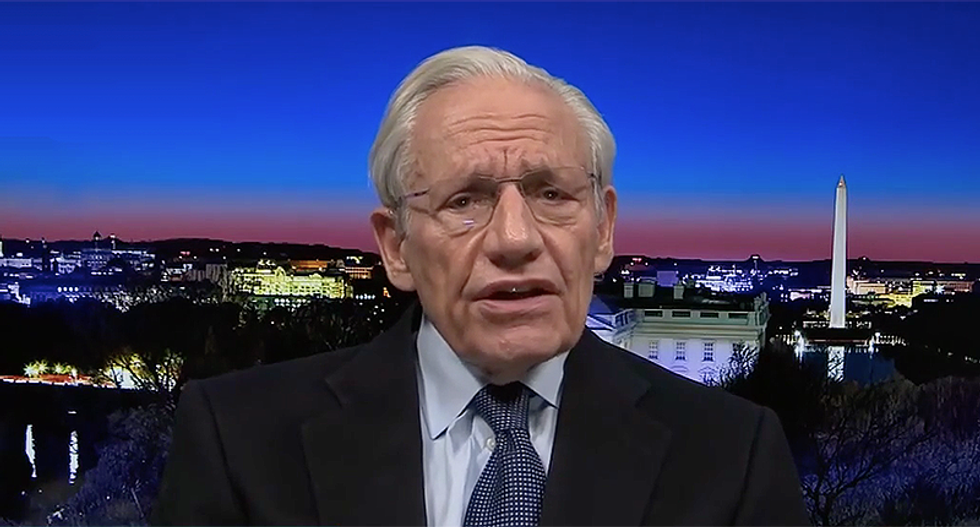 In a Wednesday interview with MSNBC's Lawrence O'Donnell, veteran journalist Bob Woodward walked through his new book Rage and his experience in the 18 interviews he did with President Donald Trump.

In a press conference, Trump said that he read the Woodward book "last night," meaning Tuesday, which he also said on Tuesday, meaning Monday, but he was bored by it.

Woodward recalled their 19th call, which wasn't part of the book, in which Trump was upset the book wouldn't have his "deal" between Israel and the UAE. The two countries have never been at war, but Trump believes he brokered a peace agreement between them.

O'Donnell noted in the audio that Trump sounded "kind of mournful and defeated," but Woodward wouldn't speculate on what Trump felt.

In a later segment, Woodward talked about the way he and his assistant went through the notes from the Trump interview to reverse engineer the moment that Trump was told that the virus would be the campaign issue for 2020 and how important it was.

"This is as if somebody had called Franklin Roosevelt or his national security team and said, 'You know, the Japanese are going to bomb Pearl Harbor in three days' and Franklin Roosevelt said, 'Well, you know, we don't want to tell people because that will create panic and the president failed in that core response.' I'm sorry, Lawrence, for getting emotional about this, but I feel this way. And I feel the evidence is overwhelming and people can accept it or reject it. But this is what I found and this is the nature of the presidency we are living in. And it's frightening quite frankly."