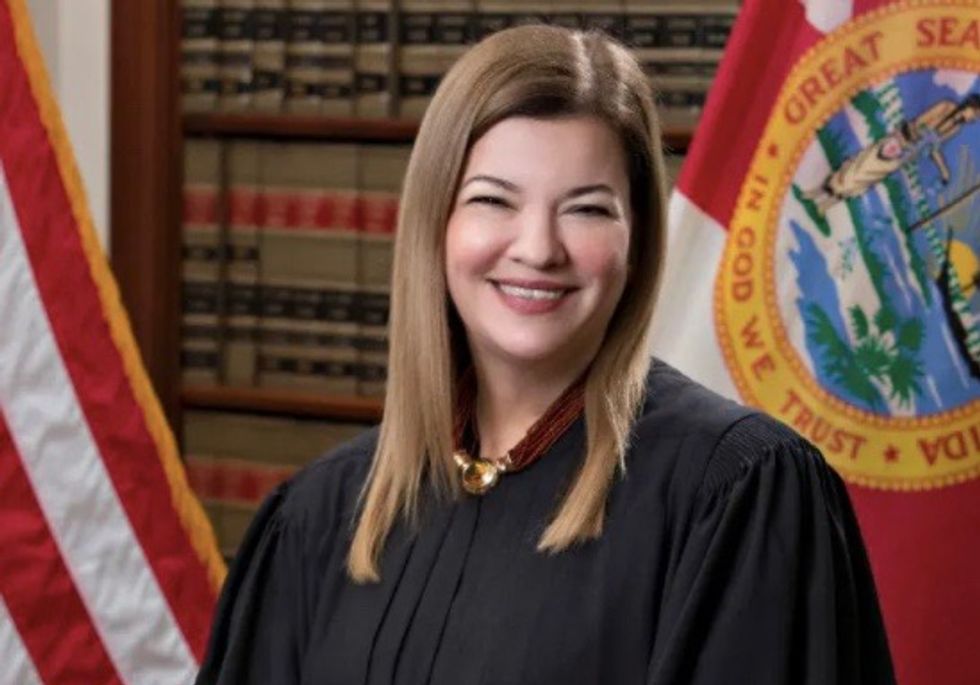 Barbara Lagoa's parents fled Fidel Castro's Communist government in Cuba, and she could soon sit on the United States Supreme Court -- a dizzying ascent for a conservative judge who has caught the eye of President Donald Trump.

Born in Miami, she would be the first Cuban American to hold such a high judicial post.

Trump confirmed that Lagoa, 52, is one of his picks to replace liberal justice Ruth Bader Ginsburg, who died last week, as the Democratic Party tries to block any court appointment before the November 3 election.

Lagoa sits on the federal appeals court in Atlanta. Before that, she was a judge on Florida's Supreme Court.

She was part of the legal team that represented the Miami-based family of Elian Gonzalez, a Cuban boy who fled his country on a small boat to the US 20 years ago and was controversially returned to Cuba.

If she is appointed, she will be only the second Latina judge after Sonia Sotomayor, who is of Puerto Rican origin, to sit on the nine-member bench of the highest court in the land.

She would also be the only conservative among the three female judges.

"She's excellent. She's Hispanic. She's a terrific woman from everything I know," Trump told Fox News ahead of his announcement scheduled for Saturday, adding: "We love Florida."

Most election models show that Trump needs to win the Sunshine State to secure a second term.

The last time a Republican managed to win the White House without winning Florida was Calvin Coolidge in 1924, almost 100 years ago.

Polls show a close race in the state between Trump and his Democratic challenger Joe Biden, who has been struggling to win the backing of the Cuban-American community.

On the key conservative issue of abortion, "most people don't know where she stands... which is going to be very important for President Trump, but on most other issues she has a very conservative record," said Duany.

Born in 1967, Lagoa grew up in Hialeah, a less well-heeled city with a sizeable Cuban-American population west of Miami.

Her parents fled Cuba after Castro took power, in a second wave of migrants that was to eventually give Miami its distinctly Cuban flavor.

A mother of three, she attended a Catholic school in Hialeah and then went to FIU before finishing law school at Columbia University in New York in 1992.

In January 2019, she became the first Hispanic to serve on Florida's Supreme Court, appointed by Republican Governor Ron DeSantis, a major Trump ally.

Less than a year later, Trump nominated her to the federal US Court of Appeals for the 11th Circuit in Atlanta.

The appointment was approved by a resounding majority of 80-15 in the Senate and she took up the post in December 2019.

"Lagoa doesn't have that kind of public visibility so that might be something that would help the decision to nominate her," said Duany.

She was criticized for not recusing herself from a recent case in which her court ruled that ex-felons in Florida cannot vote until they have paid any fees or fines fees owed to the state.

Lagoa had been on the state supreme court during earlier deliberations on the issue.

The federal appeals ruling went in favor of DeSantis less than two weeks ago.

"There is nothing unconstitutional about Florida's reenfranchisement scheme," said Lagoa in the ruling.

Before becoming a judge, Lagoa was known in the Miami area for her role in the case of Gonzalez, the Cuban boy who made the perilous crossing to Florida in a rickety boat with his mother, who drowned.

Lagoa represented his US family, who wanted the boy to remain in Miami. He was eventually removed in a controversial US raid and sent back to his father in Cuba.

Duany argues that even though Lagoa lost the case, "I'm sure that won her the support of many local politicians here, in Little Havana."