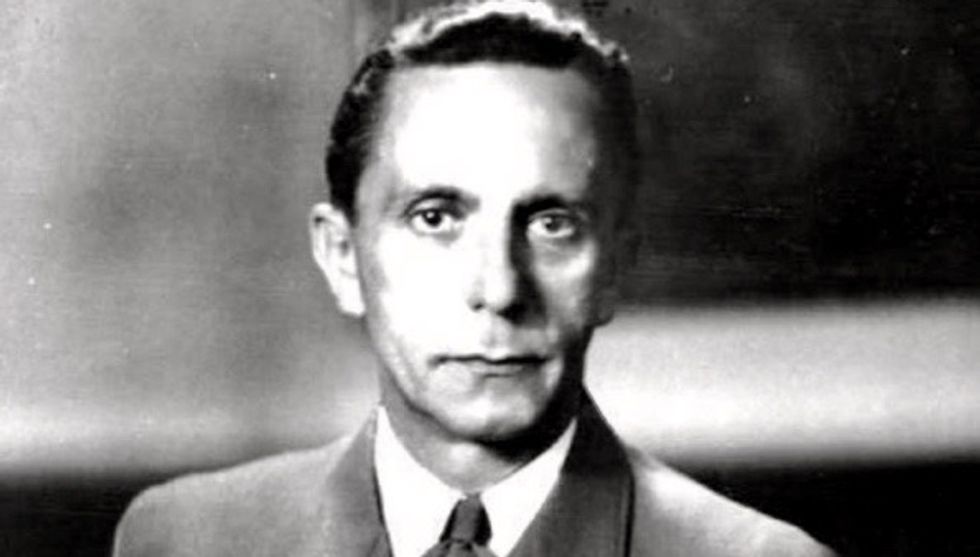 The Berlin film festival, one of Europe's top cinema showcases, released a study Wednesday showing the deep entrenchment of its founding director in the Nazi propaganda apparatus, which he actively covered up.

The Berlinale, as the annual event is known, said in a statement that researchers found that Alfred Bauer, who ran the festival from its start in 1951 until 1976, was a high-ranking official in the Reich Film Administration.

Propaganda minister Joseph Goebbels created the body in 1942 to oversee movie production and Bauer's role there "contributed to the functioning, stabilisation and legitimation of the Nazi regime", the festival said in a statement.

Propaganda minister Joseph Goebbels created the body in 1942 to oversee movie production and Bauer's role there "contributed to the functioning, stabilisation and legitimation" of the Nazi regime", the festival said in a statement.

They led the Berlinale to strip Bauer's name from one of its top prizes and commission an independent investigation by the Munich-based Institute for Contemporary History (IfZ).

Berlinale co-chief Mariette Rissenbeek called the latest facts to come to light, and Bauer's successful efforts after the war to keep quiet his role in the Nazi power structure, "alarming".

"They constitute an important element in the process of dealing with the Nazi past of cultural institutions which were founded after 1945," she said in a statement.

"The new knowledge also changes the view of the founding years of the Berlinale."

Rissenbeek said Bauer appeared to be one of many German cultural officials who were able to sweep their Nazi past under the carpet and seamlessly continue their careers after Adolf Hitler's fall despite the Allies' "denazification" drive.

She called for further research into the German film industry's roots in the country's Nazi past.

The IfZ confirmed Bauer belonged to the Nazi party and was "an avid SA man," referring to the Sturmabteilung paramilitary wing.

Bauer also played a key role in the surveillance of actors, producers and other members of the film industry.

After World War II Bauer sought to erase all traces of his Nazi past, even telling Allied interrogators that he had resisted the regime.

He died in 1986, whereupon the festival established the prize in his name. Its winning films included Alain Resnais's "Aimer, boire et chanter" (Life of Riley) (2014) and Zhang Yimou's "Hero" in 2003.

The Berlinale ranks with Cannes and Venice among Europe's top filmfests.

This year dissident Iranian director Mohammad Rasoulof won its Golden Bear top prize for "There Is No Evil", a searingly critical work about the death penalty in his country.