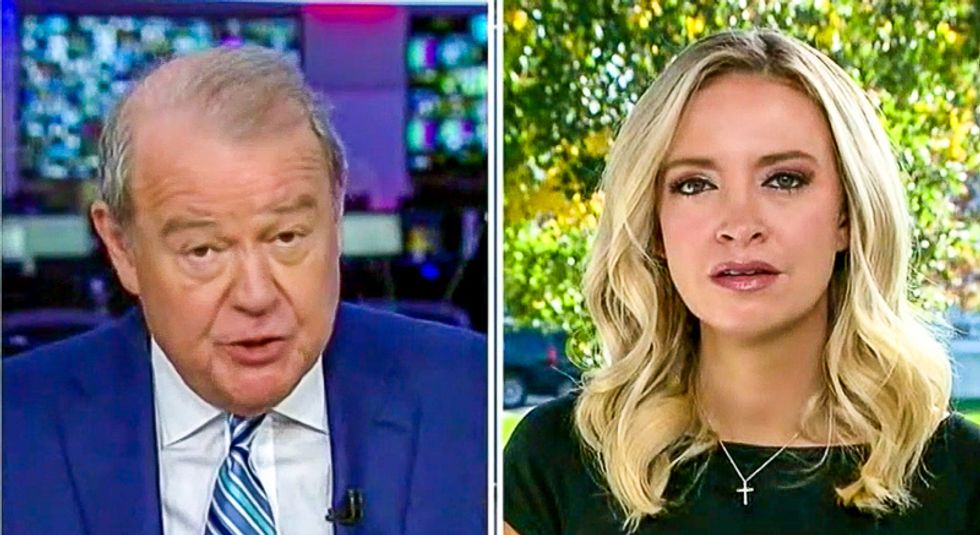 "He thinks he won the debate?" Varney wondered. "Does he think that?"

"Yes, he does," McEnany replied. "He was in very good spirits. He brought the fight that I think the American people wanted to see."

"President Trump took on the role of both the media, what they should be doing, and a candidate sharing his record with the American people," she opined.

McEnany argued that Trump's "offense style" was necessary to get answers from Biden.

Varney redirected: "What's your response to this? Biden won simply because he got through the whole 90 minutes, no gaffe, no senior moments, no lack of focus and reasonable amount of energy all the way through. Therefore, he survived, he won."

"That's a really subjective interpretation," McEnany complained. "I would consider it a pretty big gaffe when asked about antifa, an organization that has killed Americans and targeted police officers, and there's no condemnation of that group. I consider that a pretty big gaffe along with many others."

"The media was dying to write the headline this morning, 'Joe Biden prevails, Joe Biden exceeds expectations,'" she added. "Notably, you don't see those headlines out there. Instead you're seeing the question, should there even be two other debates. That's a question a loser asks, not someone who thinks they won the debate."