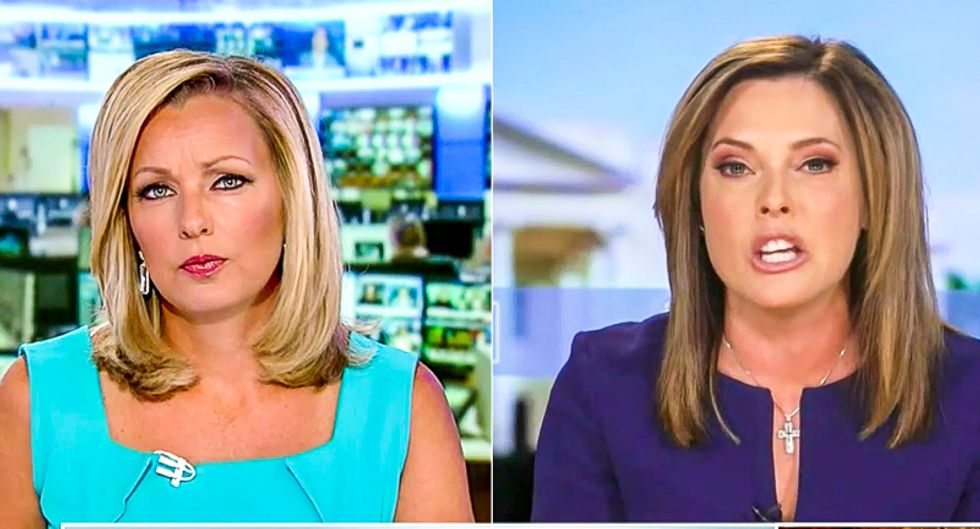 Trump 2020 adviser Mercedes Schlapp on Wednesday struggled to explain why the campaign's coffers are nearly empty.

During an interview on Fox News, host Sandra Smith asked Schlapp about the shortfall after President Donald Trump said that he is considering using his own money to fund his campaign.

"It's sort of unprecedented for an incumbent to have to promise to put up his own money," Smith explained. "What happened to all the money?"

Schlapp insisted that the campaign's fundraising machine "is very strong."

"We have been investing in all these targeted states for over two years," she said. "Obviously, following the RNC convention, we raised over $76 million. That was $6 million more than [Democratic nominee Joe Biden]. We're in a very strong position."

"I think that Biden is on the defense on this," Schlapp added.

"Biden's got the money coming through the door," Smith replied. "Record $365 million reported fundraising haul in August. What can you tell us about the president's campaign fundraising in August knowing that the actual numbers have not been released?"

Schlapp declined to say whether the Trump campaign would beat Biden's fundraising in August.

"We are aggressively fundraising," she asserted. "The difference is that we've got an infrastructure in place in all these targeted states. And we've got close to 2 million volunteers, who are helping out."

"I think Joe Biden is very concerned," Schlapp said. "It's why he had to get out of the basement."