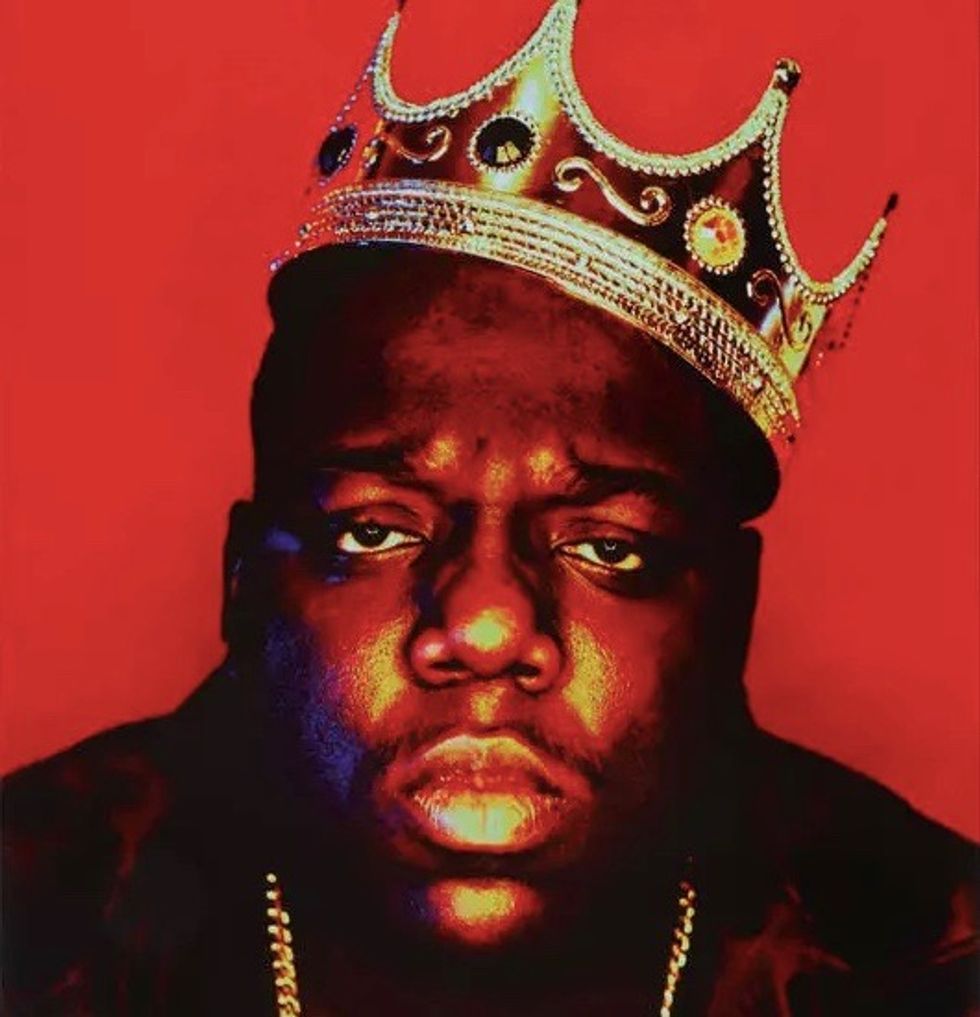 A plastic crown worn by rapper Biggie during a photoshoot just days before his murder has sold at auction for $594,750 in New York.

The crown headlined Sotheby's first ever sale devoted to hip hop that featured more than 120 lots including jewelry, art and other ephemera of the genre born in the Bronx.

The crown was worn by The Notorious B.I.G. -- famous for hits including "Juicy," "Big Poppa" and "Hypnotize" -- during his last recorded photoshoot in 1997, just three days before his shock murder in Los Angeles.

The photographer Barron Claiborne, who took the now immortal image of the artist born Christopher Wallace, put the rap artifact up for sale.

It's quite a sum for a crown made of plastic that Sean "Diddy" Combs, at the time Biggie's label owner, at first worried would make the hip hop superstar look like the Burger King rather than the King of New York.

Elsewhere, 22 signed love letters penned by fellow rapper Tupac Shakur to his girlfriend Kathy Loy when he was a teenager in Baltimore sold for $75,600.

Tupac -- whose hits included "California," "Changes," "Dear Mama" and "All Eyez On Me" -- was also gunned down, just months before Biggie. Both murders of two of hip hop's most influential stars remain unsolved.

A collection of vintage 32 boomboxes, emblematic of 1980s hip hop, sold for $113,400, the second-highest price of the auction late Tuesday.

The sale traced the development of hip hop from its birth in the late 1970s through the "Golden Age" of the mid-1980s to mid-1990s to the present day.

A portion of the proceeds will go to non-profit community organizations, including the music and DJ program Building Beats aimed at engaging underserved youth.