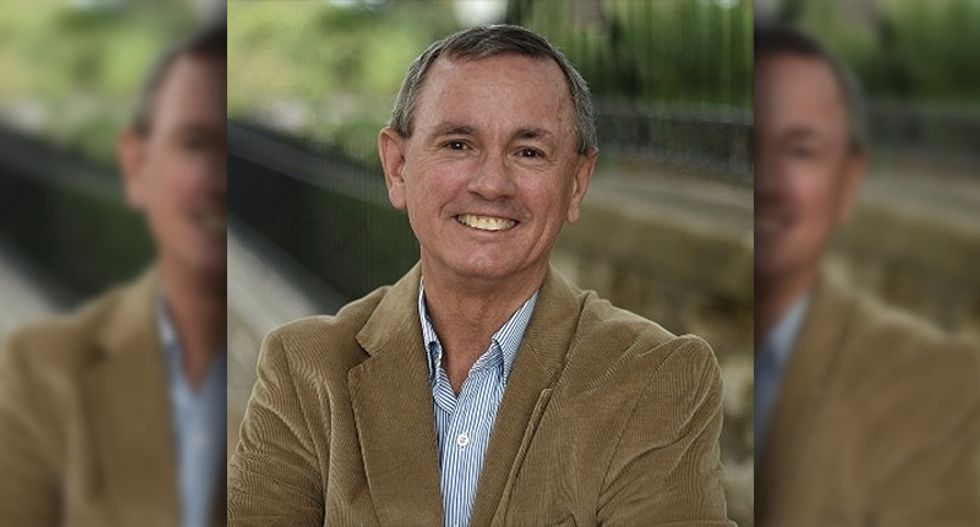 The children of a Missouri Republican are telling voters that their father molested them when they were children, they said in the Kansas City Star.

Rick Roeber is running to replace his wife Rebecca, who passed away last year, but his adult children from a previous marriage are coming forward to tell voters about their abuse from him.

Roeber's adopted daughter Anastasia recalled the sexual advances he made toward her when she was just 9 years old.

“He made me place my hand on his genitals,” she recalled. “I just froze.” Roeber then asked his daughter “if he could touch me."

Her brother Samson recalled that their father was physically abusive to him, saying, "He had a temper.

Their other sister, Gabrielle Galeano, said that she knew about the abuse when she was living with the family. A fourth sibling who didn't want to be identified also said that they too were sexually abused by Roeber and noted that their allegations were investigated by the state of Missouri. It all happened when the children were having scheduled visitation with their father during their parents' divorce.

According to the Star's Editorial Board, which reported the story, their mother, Michelle Keller also corroborated the story. She noted that the fourth sibling made allegations against Roeber officially and in 2001 the Jackson County office of the Division of Family Services "found probable cause that 'sexual maltreatment' of the child had occurred."

Galeano said that she is now estranged from her brothers because Roeber would "use" her to tell him about things that happened at their mother's house and he would use it as an excuse to punish them. "My brothers hate me," she said.

"Their memories are clear and consistent. The claims were examined in a sworn deposition almost two decades ago, long before Roeber, a Republican, decided to pursue elective office," the Star said.

Roeber is running for the 34th House District against Democrat Chris Hager.

“Our lawyer’s deposition revealed the lies of my children and their mother," he also said.

When asked if he had given a sworn deposition, he refused to respond.

Roeber, an avid Trump supporter, calls himself an “unapologetic conservative,” and lists himself as an ordained pastor and a former chaplain. He admits to having a drinking problem during the time of the allegations from the children.

“I was a drunk that struggled with the demon alcohol and all the sundry effects of someone who was enslaved to his own desires,” he claimed in a 2007 profile. “On March 5, 1992, I put the ‘plug in the jug’ and recommitted my life to the Lord Jesus.”

Rober's ex-wife left the country and none of the children are involved in politics.

Read the full report at the Kansas City Star.