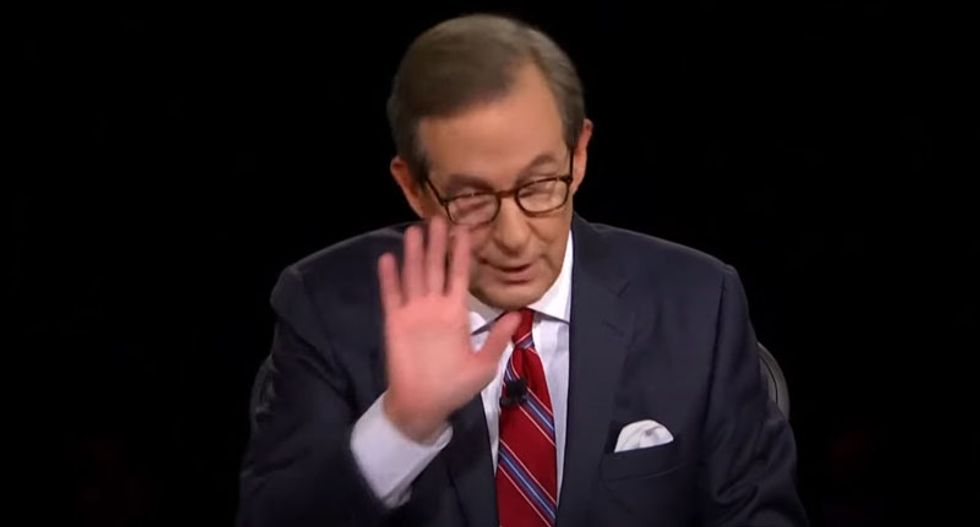 Writing in The Atlantic this Wednesday, James Fallows called Tuesday night's first presidential debate a "disgusting night for Democracy" -- and he laid a good portion of the blame at moderator Chris Wallace's feet.

"It became obvious five minutes in that Donald Trump’s strategy was to interrupt, yell, insult, and disrupt as often as he could," Fallows writes. "This is a strategy that can work only if no one gets in the way of it, and Chris Wallace just let it go on."

Fallows acknowledges that Trump is a hard person to rein in, but adds that Wallace should have adapted, but didn't. Wallace did not enforce the rules, and the result was the same as it would be in a brawl or an unrefereed sporting match, according to Fallows -- who didn't completely absolve Biden, saying he was taking Trump's bait half the time.

"I recorded a whole detailed minute-by-minute annotation of the debate as it unfolded, but I’m not going to dignify this disaster with any details. It was a giant mess," Fallows continues. "Did the spectacle change any votes? Who knows. Maybe some people were revved up for Trump by his assertiveness. Maybe other people—I’d guess a larger number, but it’s just a guess—were repelled by his bullying tactics."