Civil-War fetishists want to see another war — and they’re supporting Trump to get it: Lincoln Project's Steve Schmidt 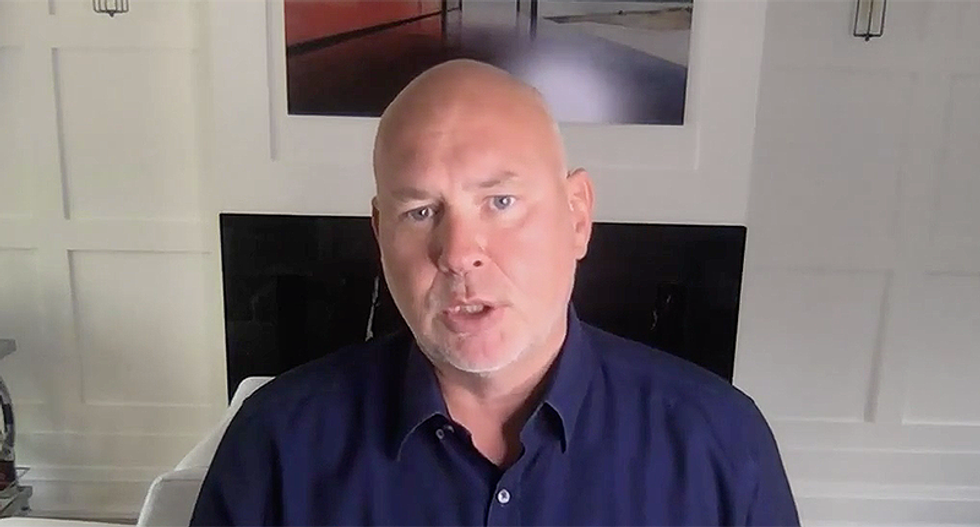 Former Republican strategist-turned Never-Trumper antagonist Steve Schmidt called out the followers of the president who are trying to push greater unrest in the United States because they want another Civil War.

"It's a lie we're seeing Donald Trump project from a point of weakness, trying to convince people of this alternate reality that there's very little resemblance to actual reality," said Schmidt. "Where the country is cruising towards 200,000 dead from coronavirus, a shattered economy, escalating foreclosures, and eviction crisis. But it's important to note that Trumpism is no longer a haphazard and accidental set of pathologies that have come together that define because it's hard to explain this moment in American life and American politics."

"You take idealogy now, and it's taken root," he went on. "It's important to understand what it is so we can do something about it. And what it is is an illiberal, autocratic idealogy that bout 30 percent of the country, roughly, are enamored with. They are full-on 100 percent committed to the cult of personality that is at the core of Trumpism. A cult of personality built around Donald Trump. When you look at the convention, what you saw was breathtaking lying, utter lawlessness, and the seizure of symbols in the American republic to become partisan totems for Donald Trump's tribe to make them symbols of authority over the rest of the country."

"So, in essence, what Trump is saying is, 'I am the truth, I am the law, I am the state,'" said Schmidt. "And we're required to oppose this as Americans because that idealogy is fundamentally unamerican. It's not what the country is about. It's contrary to the American idea and ideal, contrary to the concepts of democracy and the great progress the country has made over the last 50 years. So it has to be opposed. It has to be confronted."

Wallace jumped in to ask him about defeating such ideology.

Wallace called it the most illogical thing uttered between Trump and Barr this week, despite the "thugs on a plane" conspiracy theory.

"Let me put the question this way: that is the country's most senior law enforcement official trotting out BS about counterfeit ballots," said Wallace. "There is nothing that has been briefed to any of the intelligence committees. There's been nothing that's declassified. There's been no bulletin sent to law enforcement, be on the lookout for counterfeit ballots. What does exist is a bulletin that was buried that we learned from ABC News this week that said watch out for alignments with Russia to denigrate the candidates. We also have the ODNI disseminating to Congress a Russian interference, that they are looking to knock down Biden. The things that are actually happening are contradicted or pushed aside or ignored."

Schmidt described it as Barr being the Interior Minister from Poland in the early 1980s.

"He does not represent any attorney general that has come before him," he explained. "He is an accomplice in Donald Trump's lawlessness and you saw the cleverness of his answers as you saw him spin his way through to try to delegitimize the election and cause chaos and confusion. And remember, at the heart of the lying and dishonesty is conspiracy, and the Republican Party is now festooned with conspiracy theorists."

"One of the things we know, also, is these movements all around the world, that they team with menace and violence. No mistake that the Hawaiian shirt-clad fetishists want to see a second Civil War in this country. They are all supporting Trump and Trump has encouraged all of them," he went on.

He closed by saying that these moments call for confrontation and that burden falls heavily on Joe Biden every day to defend the laws and ideals of America.