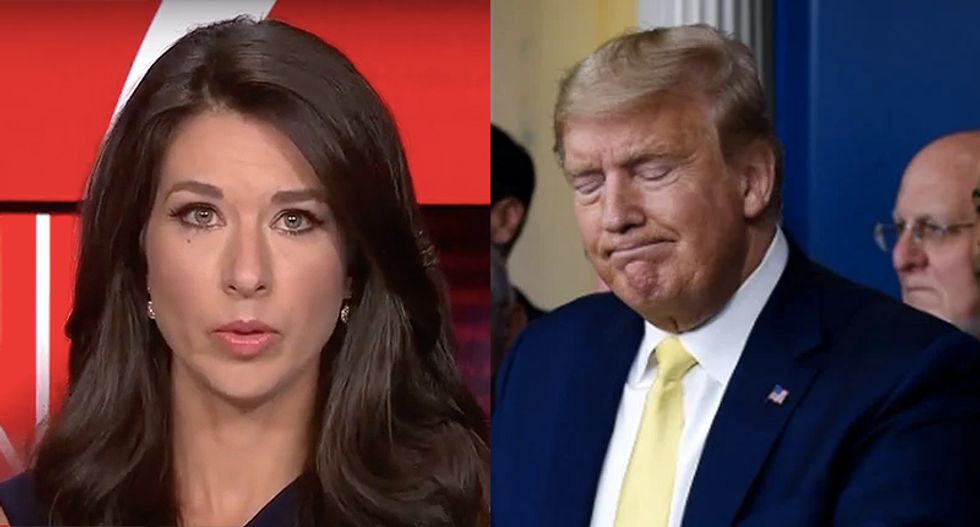 President Donald Trump had no idea that the New York Times was about to drop a bombshell report revealing his taxes for the past two decades and the lies he's been telling about how much he's worth and made over the years.

Not only is Trump being caught as a self-described billionaire with nearly $500 million in debt, but he has also been writing off millions in expenses that are actually payments to support his children or for personal expenses like hair and makeup, vacations, golf outings and more.

When asked about the report, Trump quickly shouted it down as "fake news," but reporters pressed him facts revealed in the report like how he has dodged paying his taxes, funneled money to people he then writes off as an expense or for services.

Trump then turned to Fox News and OAN for their questions, which are notorious softball questions that compliment Trump while asking. CNN's Ana Cabrera noted that it was clear Trump was starting to panic and turned to his friendly allies in the press for help before he rushed out of the press room.

When Trump has a bad news day, he often will turn to Fox or OAN as the first question to feel more comfortable. At times he will only allow those two outlets to ask him questions before leaving the room with unanswered questions from legitimate outlets, the panel discussed.

See the discussion on CNN below: