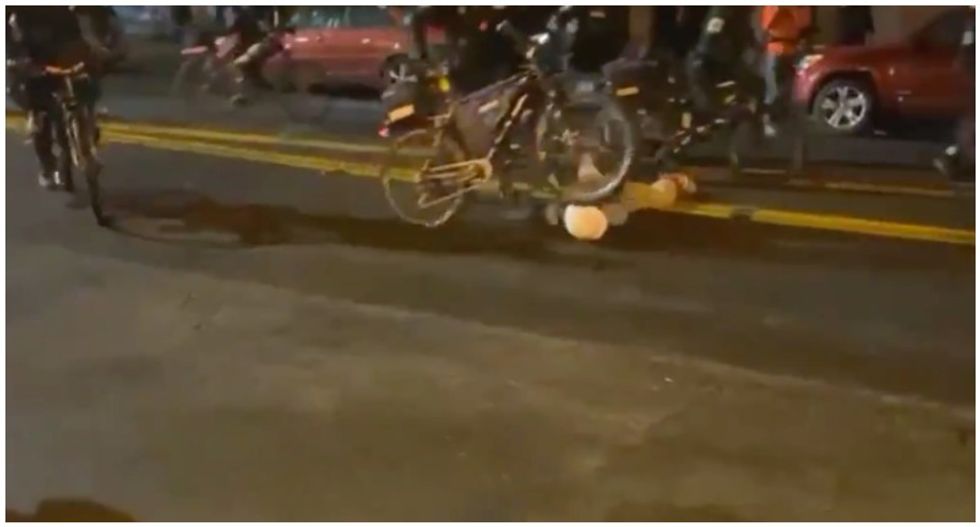 Early Thursday morning, video footage of unrest in the streets of Seattle showed a SPD officer walking the wheels of his bicycle over the head of a protester who was lying in the street. Now, the city has announced that the officer has been placed on administrative leave.

"Immediately after being made aware of this incident, SPD activated the Force Investigation Team (FIT) to document and investigate the use of force – as required by policy  — and alerted the Office of Police Accountability (OPA), which also responded to the scene," a press release from Mayor Jenny Durkan's office read. "OPA has opened an investigation into the incident. The officer has been placed on administrative leave.  Following the request from the OPA, the SPD has referred the incident to the King County Sheriff’s Office for a potential criminal investigation."

The condition of the protester isn't yet known.