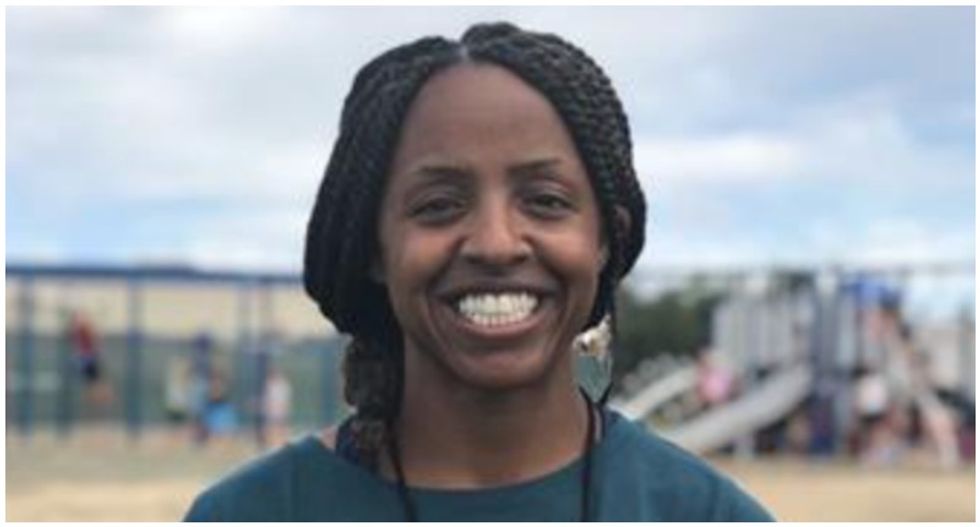 On August 14, an altercation took place at Red Hawk Elementary School in Temecula, California, where physical education teacher Tiffany Suetos apparently was taking photos for her online classroom when she was confronted by a couple who lived nearby, the Valley News reports.

Suetos said the couple continued to interrogate her, yelling at her from their property. Suetos told them she she was a teacher at the school and then left the area and told another school employee about the incident. After speaking to a school resource officer and the principal about the incident, she said that she could find no reason for the confrontation other than the fact that she is Black. According to Valley News, the woman told police that “there had been burglaries in the neighborhood, and she did not see any form of identification on Suetos.” The couple told the outlet that they simply felt they were protecting their neighborhood.

The couple also said they felt "intimidated" because someone had recently wrote "Black Lives Matter" in chalk in front of their home.

But Suetos thinks there's something more sinister at play.

“There are racist people within every ethnicity, within every culture, and just because this happened to them, which my heart goes out to them, that doesn’t negate the fact that they reacted off of pure perception and unknowing bias when they saw me, and that perception in turn, it turned into action, which is why they continued to yell,” Suetos said. “So this implicit bias, this unknown bias they had when they saw me, they made this connection that I’m a burglar.”

Six days after the incident, a group of Temecula Valley Unified educators organized a protest outside the school to show their support for her.

Suetos said she's not angry at the couple.