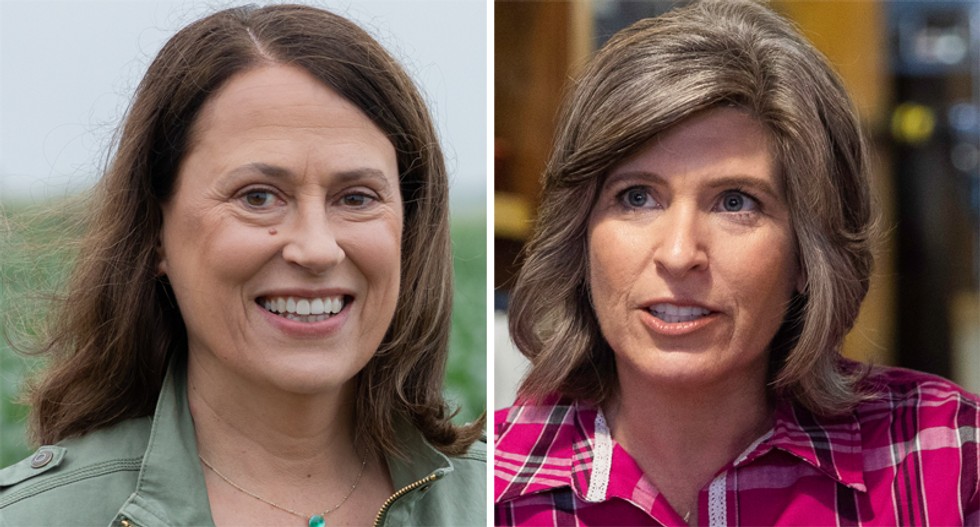 Composite image of Theresa Greenfield and Joni Ernst, photos via their respective campaigns.

The Des Moines Register released their latest polling of Iowa on Saturday.

"Democrat Theresa Greenfield leads Republican U.S. Sen. Joni Ernst by 3 percentage points in a Senate race that appears to be among the most competitive in the country," the newspaper reported. "With just over six weeks to Election Day, the new Des Moines Register/Mediacom Iowa Poll shows Greenfield leading 45% to 42% among likely voters. Another 3% say they would vote for someone else, 2% say they would not vote in the race and 7% are unsure."

The poll, by J. Ann Selzer, president of Selzer & Co., is widely respected and known as the "Gold Standard" survey of Iowa voters.

“I will admit to some skepticism about the numbers that we saw in June because we were so close to the primary and Theresa Greenfield was relatively unknown,” Selzer said of their last poll, which showed Greenfield leading Ernst 46% to 43%.

“But she is holding her own, and I think that says something about Joni Ernst's vulnerability," Selzer said.