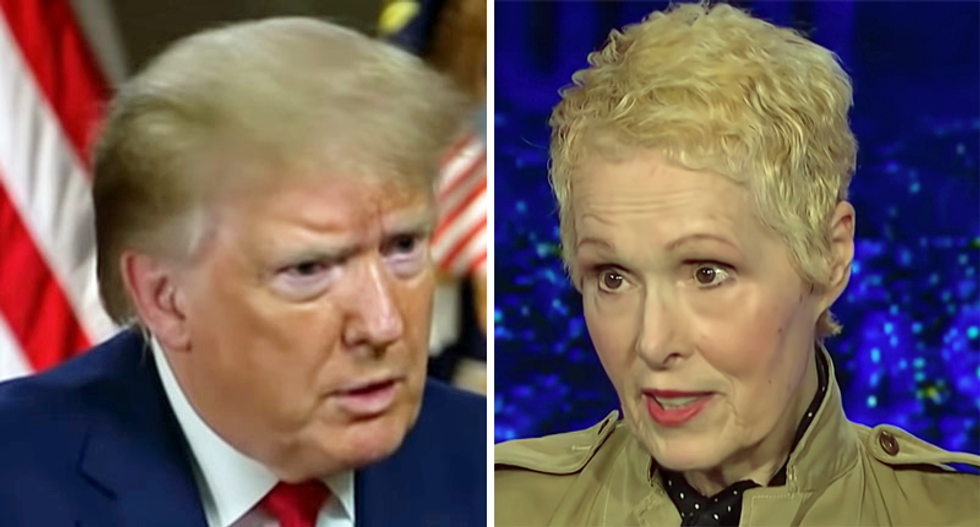 Attorney General Bill Barr's Department of Justice was slammed on Thursday for legally maneuvering that may bring to an end a rape case involving Donald Trump.

Columnist E. Jean Carroll is one of many women who have accused Donald Trump of sexual assault. When her accusations went public, Trump attacked her, leading Carroll to file a defamation suit against Trump.

In an eye-brow raising move, the DOJ is taking over the case, meaning taxpayer lawyers are now defending Trump.

On Thursday evening, Barr spokesperson Kerri Kupec claimed that taxpayer lawyers would not be defending Trump, because their maneuver would make the case go away.

"Myth: By DOJ removing the case from state to fed court, taxpayers are now on the hook for funding the Carroll defamation lawsuit," Kupec tweeted. "Fact: Once the case shifts to fed court, it becomes an issue of sovereign immunity. Meaning, case over. No case, no cost."

Legal experts quickly corrected Kupec, noting that the case could only go away after extensive litigation during which Trump's defense would be paid for by taxpayers.

Truth: They’re using our tax dollars to litigate a bogus claim that Trump acted within the scope of his employment… https://t.co/qHmZdz2mrv
— Renato Mariotti (@Renato Mariotti) 1599791828.0